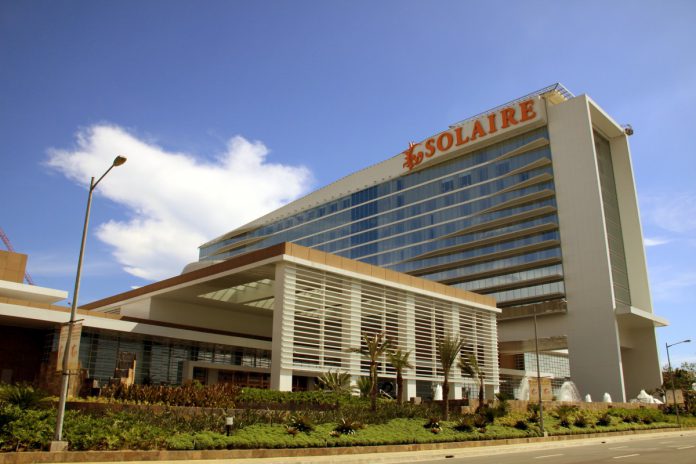 Bloomberry Resorts reported that its 1Q22 EBITDA doubled from the prior year and was up 54 percent sequentially as revenue gained on increased domestic confidence.

The operator of Solaire Resort & Casino in Manila’s Entertainment City posted EBITDA of PHP2.9 billion. Gross gaming revenues were up PHP8.9 billion from a year ago and 12 percent higher than the prior quarter.

The company reported consolidated net income of P679.4 million for the first quarter, reversing from net loss of P780.8 million in the same quarter last year and net loss of P1.3 billion in the previous quarter.

Metro Manila was placed under General Community Quarantine on January 3rd as the Omicron variant began to spread across the country. Those Alert levels were eased to level 2 in February and level 1 in March, when casinos returned to full operating capacity. The Philippines opened its borders to international travel in mid February.

Bloomberry said its results had been helped by improved “domestic patron confidence” driven by high nationwide vaccination rates and the easing of the Covid restrictions.

Enrique K. Razon Jr., Bloomberry Chairman and CEO, said, “We reported a strong set of results despite a return to GCQ Alert Level 3 in January. Our gross gaming revenues increased by 30% while consolidated EBITDA doubled year-over-year. For the first time in eight quarters, we recorded positive net earnings on growth driven by our domestic mass gaming segment. Business and pandemic conditions permitting, we look to sustain the recovery for the rest of the year.”

“If travel constraints among Asian jurisdictions continue to ease, then we may see operations at Solaire ramp up further in the coming quarters. However, should COVID-19 cases surge anew, Bloomberry remains equipped to handle a return to tighter restrictions.”

Bloomberry said the mass performance was helped by a higher hold rate, while drop was slightly lower.

Solaire Korea’s Jeju Sun reported nil gaming revenue in the first quarter as operations at the property have been suspended since March 21, 2020.

Bloomberry earlier this week said it has signed a term sheet to invest in PH Resorts and Leisure’s properties in Cebu and Clark. No financial terms were given for the proposed transactions.

The Cebu property is a delayed integrated resort called Emerald Bay, which the company has said will now open next year. The Clark property is known as The Base and has yet to break ground.

The addition of the two resorts will give Bloomberry a dominant market share outside of Metro Manila. The company is already expanding with the addition of Solaire North in Quezon City.