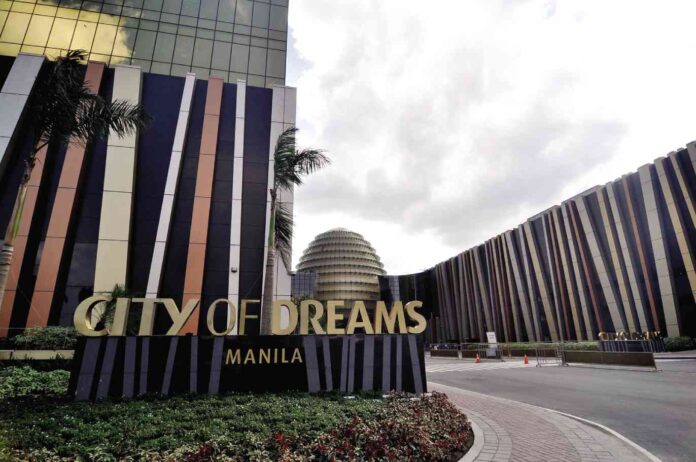 For 4Q21, GGR was PHP34.52 billion, the strongest quarter of the year before restrictions were once again imposed from mid-December to curb the spread of the Omicron variant.

Casinos in Manila’s Entertainment City posted a revenue gain of 20 percent to PHP78.95 billion, while those in the Clark Freeport Zone generated PHP8.72 billion, up from PHP7.98 billion. GGR at Fiesta casinos declined from PHP931 million to PHP688.8 million for the year.

Revenue from online gaming in 2021 jumped more than 27 percent to PHP16.45 billion. Online sabong, as cockfighting is known, has surged since it was introduced in May to boost PAGCOR’s coffers by PHP3.7 billion, outstripping the contribution from electronic games, which was PHP2.99 billion in 2021.

After reimposing restrictions in mid-December, the Philippines has now eased, reopening its international borders to tourists from Feb. 10th.

The country’s casinos were allowed to operate at full capacity from the beginning of this month.

On a conference call on Tuesday, executives with Melco Resorts & Entertainment noted that the casino floor at its City of Dreams Manila property had been extremely busy, with gaming volumes close to 90 percent of pre-pandemic levels.

The Philippines is one of the few jurisdictions in Asia where locals are permitted to gamble and it enjoys strong local support.

The Melco executives said that although the borders had reopened to tourism, the situation is likely to take time to normalize, given visitors from most of its major source markets would still be forced to quarantine on their return home.

Figures released by Okada Manila, which is owned by Japan’s Universal Entertainment, have also indicated significant pent-up demand in the Philippines. It saw a 68 percent surge in gross gambling revenue in 4Q21 from the prior quarter.