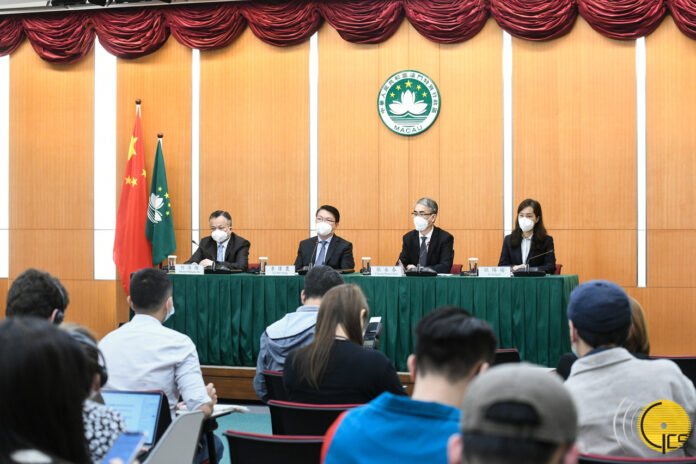 Genting has failed again in its bid for a Macau casino license, with authorities on Saturday announcing that the current six operators will continue as Macau’s only six concession holders.

The final award date of this concession, and terms of the contract which each company signs with the government, remain to be determined, however, authorities are expecting that all contracts should be signed and come into effect by the end of the current concessions, by midnight of December 31st, 2022.

A dispatch by the Chief Executive was published in Macau’s Official Gazette following the decision, noting that the six incumbent operators had been chosen ‘due to having presented the most advantageous proposals for the Macau Special Administrative Region’.

The dispatch also displays the order of ranking regarding the proposals, with MGM receiving the highest evaluation, followed by Galaxy, Venetian, Melco, Wynn, and in last Macau legacy gaming operator SJM.

While TDM reports have indicated that the companies will collectively have to invest at least MOP100 billion ($12.4 billion) over the course of the new 10-year concessions, Macau’s Secretary for Administration and Justice on Saturday would not provide further details on the investment amount.

Macau’s Chief Executive and other officials have repeatedly noted that the concessionaires must guarantee local employment and develop significant non-gaming attractions, events and revenue – with the SAR’s top official saying that GGR can only make up about 40 percent of GDP.

Once the 10-year concessions come into effect, the official notes that ‘the tourism and integrated leisure industry of Macau will enter into a new period of development with opportunities’.

This comes despite the top official previously saying the gaming industry was “dying”.

Regarding Genting’s failed bid, Macau’s Secretary for Administration and Justice, André Cheong, would not comment on whether it could still partner with another concession holder, merely that any such relationship would have to follow Macau law.

Despite its extensive international experience in gaming and integrated resorts, Genting received a lower evaluation than the incumbent operators due to its lack of experience in the Macau market.

Non-gaming development and attracting new customers from foreign markets (eg non-Chinese), have been the pillars of the Macau government’s requirements of operators, alongside ensuring local employment.

Speaking today, Secretary for Social Affairs and Culture, Elsie Ao Ieong, also outlined some of the main points the concession holders must develop.

“In the proposals and the documents, we require that the bidders fulfill 11 aspects in their proposals. These include: conventions and expositions, entertainment, sporting events, culture and art, themed entertainment, city of gastronomy, community tourism, maritime tourism and other projects. Also […] we require that the bidders help and improve the image of Macau as a world tourism and leisure hub, via health and well-being, by presenting activities and projects which can create touristic products veered towards health and attract qualified talents alongside collaboration with other international institutions,” stated the official.

In statements issued after the announcement, Melco Resorts Chairman and CEO Lawrence Ho noted that “We are honored to have been selected and granted a provisional award for the concession to operate gaming in Macau and would like to thank the Macau government for running a smooth and transparent process. We are committed to Macau and its development as Asia’s premier tourist destination.”

Sands China, the parent company of Venetian Macau, also released a statement, with Chairman and CEO Robert Goldstein noting that “Our commitment to Macao has never wavered and we are honored to continue the partnership we began with the government and people of Macao 20 years ago. In the coming decade and beyond, we will remain steadfast in our strategy of continuous investment in Macao – in its economy, its people and its community.”

MGM Grand Paradise, subsidiary of MGM China, also released a statement noting that ‘MGM Grand Paradise Ltd. would like to express our sincere gratitude to the Government of Macao Special Administrative Region for granting us the provisional award of new gaming concession, allowing us to contribute to the future development of Macau’s integrated tourism and leisure industries. We fully devote to the Macao SAR. We will continue to develop the city with our strengths and contribute to the non-gaming industry, meanwhile making vigorous efforts in expanding the tourist markets from foreign countries.’

SJM meanwhile, released a statement noting that it ‘expresses its appreciation to the Macau SAR Government for the opportunity to continue its contribution to the Macau economy and to the development of Macau as a world center of tourism and leisure. During the final stages of the formal tender process, SJM will continue to work closely with the Macau SAR Government and the committee for the gaming concessions public tender. SJM is confident in the long-term growth prospects of Macau, and looks forward to contributing to the sustainable development of the local economy in the coming decade.’