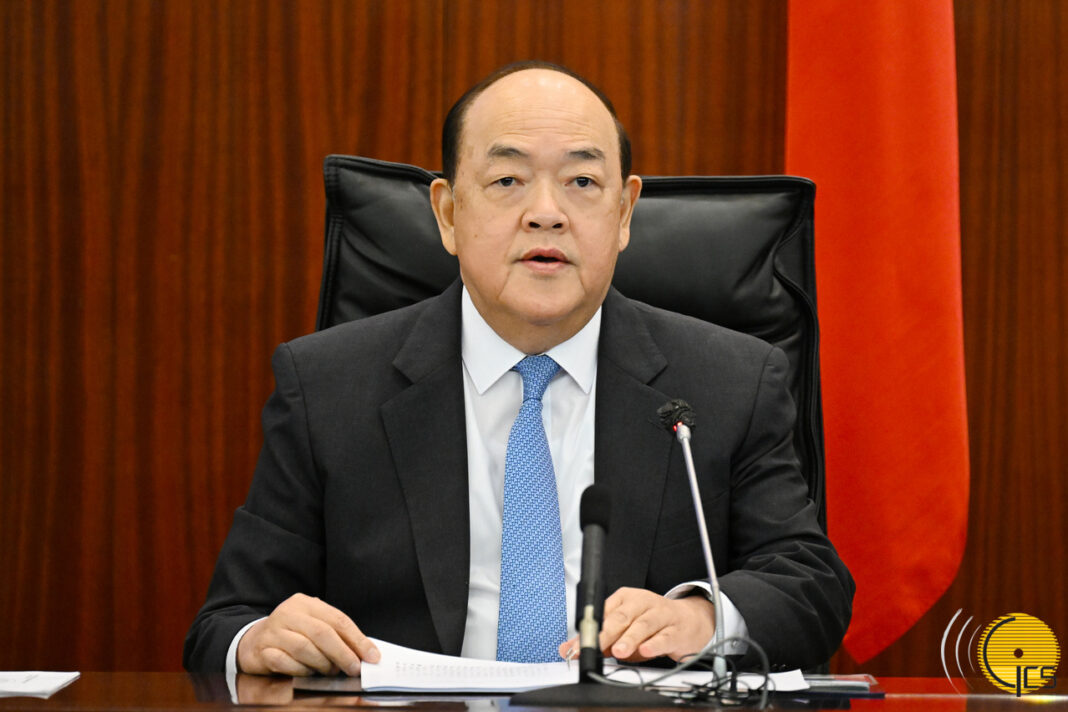 Macau’s top official has called the analysis and questioning on gaming operator’s possibility to endure the ongoing losses brought about by Macau’s pandemic control measures “rumors” and “conspiracy theories”.

In response to questions by lawmakers, the SAR’s Chief Executive said these “conspiracy theories are not useful for anyone”.

This comes as Macau’s gaming operators file earnings reports showing hundreds of millions of dollars in losses per quarter, and are under constant threat of further casino closures in the case that Macau suffers what authorities deem to be a severe outbreak.

The official Portuguese-language translation of what the official said on Wednesday noted that “the industry is dying, but I think the concessionaires already have opportunities to survive, we need to have a look back on the experience of the past 10 years”.

Just the previous day, the official had noted that three years of pandemic prevention measures had caused “difficulties” for the operators, but that “looking at the past 20 years […] you can see the revenues have been abundant”.

Ho Iat Seng doubled down on the comment on Wednesday, noting that “having business doesn’t mean always having profit […] there are never permanent profits”.

Currently, seven groups, including Macau’s current six concessionaires and Genting, are competing for the six new gaming concessions ideally to come into effect on January 1st of 2023.

Speaking of the six current concessionaires, the top official stated that “by participating in the tender, it shows their confidence that the dimension of the industry continues to increase”.

As previously reported by TDM, the new contracts will require an investment of MOP100 billion ($12.5 billion) by the six concessionaires over the ten-year period of their new gaming licenses.

On Tuesday, Ho Iat Seng also outlined the breakdown of the gaming industry’s contribution to Macau’s economic growth, stating that non-gaming must make up 60 percent of GDP, while gaming can only occupy 40 percent.

Speaking on Wednesday, he indicated that this breakdown is intrinsically linked to visa issuance by authorities in mainland China.

“We require under the new concessions the introduction of non-gaming elements. We need to have this as a base, otherwise, our primary sources of tourism will be affected. In our negotiations (with concessionaires) we have required non-gaming elements – which is supported by the central government, (and will see growth) with the recommencement of e-visas and tour group visas”.

Tour group visas, which were expected to be issued starting November 1st, are not yet being issued by mainland Chinese authorities.

Due to the discovery of new cases in both Macau and the neighboring city of Zhuhai, a negative NAT test result, taken within 24-hours, is now being required to cross the border.