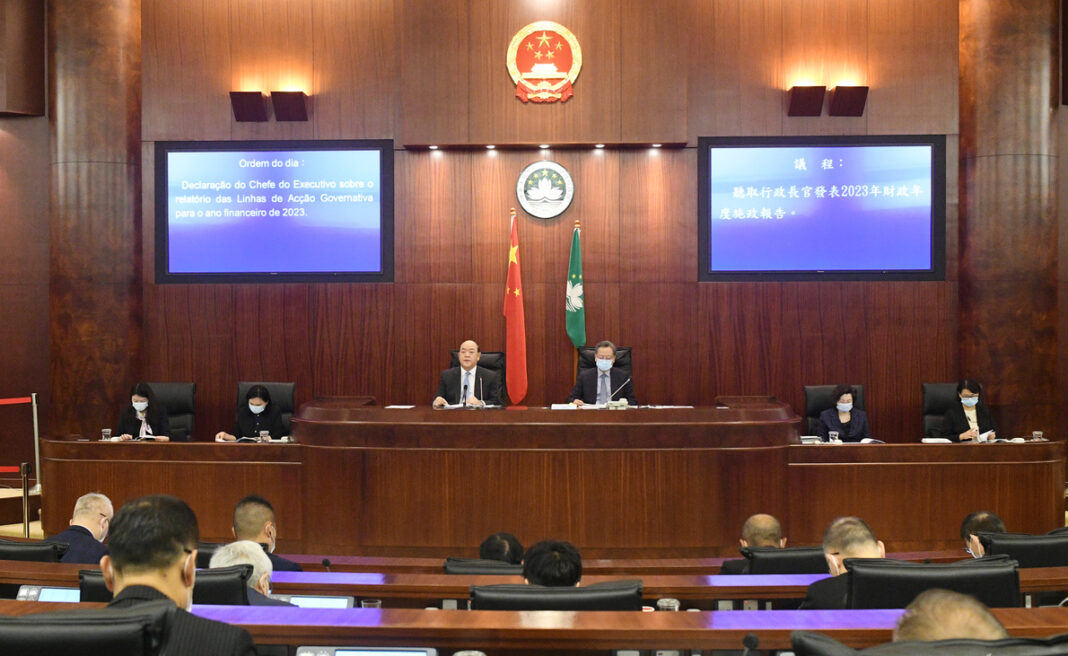 Macau’s government is planning to maintain its zero-COVID policy and be ‘in unanimity’ with the epidemic prevention guidelines of mainland China, while simultaneously expecting that the SAR’s gaming sector delivers revenues which will equate to ‘not less than 40 percent’ of its Gross Domestic Product (GDP).

The announcement was made by Macau’s Chief Executive, Ho Iat Seng, in his 2023 Policy Address, where he also noted that the gaming sector was the ‘primary source of government financing’. Gaming revenues in Macau have typically supplied around 85 percent of all government revenue yearly.

A shift to a 40 percent gaming and 60 percent non-gaming percentage of GDP is expected ‘in the future’, without a timeline defined.

When questioned on whether there is a risk that the concessionaires are unable to handle the financial pressures brought about by Macau’s strict zero-COVID policy, the official stated that “in the past three years, even with the difficulties they’ve faced, looking at the past 20 years, they’ve achieved strong results […] and you can see the revenues have been abundant. Therefore, I don’t think there will be problems”.

The top official called out the “rumors online that could put Macau in a bad light”, regarding whether the gaming operators would be able to hold out financially until Macau cancels its ‘epidemic prevention measures’, saying that “we have a very healthy gaming sector which can contribute to sustainable government”.

However, no timeline has been given for the lifting of border restrictions.

In the Policy Address, it’s noted that following the attribution of the new 10-year gaming concessions, ‘the tourism and integrated leisure industry of Macau will enter into a new period of development with opportunities’.

The new concessions are set to come into effect by January 1st of 2023, but the results of the tender have not yet been released. Macau’s current six concessionaires, as well as outsider Genting, are competing for the six concessions up for grabs.

Recent reports from TDM noted that holders of the new concessions will have to invest a total of MOP100 billion ($12.4 billion) over the 10-year license period, with operators Galaxy and Sands China expected to each invest about MOP20 billion ($2.48 billion).

The top official also noted that ‘the SAR government is implementing a series of plans to revitalize the economy and expand tourism sources’, noting that ‘tourism-based sectors will recover in an orderly manner and consequently drive the development of the other sectors’.

Gaming operators, under the new concession, will be required to increase visitation from foreign markets, with penalties or benefits depending on their success in doing so.

Following the attribution of the new gaming concessions, the government also says that at least 85 percent of their workforce in ‘middle or upper management’ positions have to be local, with ensuring local employment a cornerstone of the 2023 policies.

Further clarifications on the desired evolution of Macau’s gaming scenario are expected in coming Policy Address sessions, including sessions with the Secretary for Economy and Finance, which oversees the gaming sector.