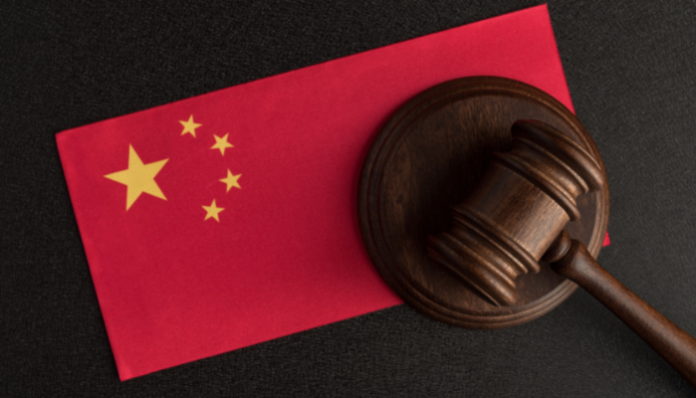 Despite an ongoing pandemic, Beijing does not appear to be letting up its grip on the “evils” in society, politics, and its economy as it they see it.

Today’s infographic is a simple one – we look at some of the most significant crackdowns from the Chinese government in the last decade, reaching into a wide variety of sectors. From this, we come to understand the context in which gaming-related crackdowns that have been observed in the last decade fit within its roadmap to improving the country.

A far-extending campaign against corruption in China began as early as 2012, carried out under Xi Jinping. The decade-long campaign aims to stamp out corruption among high-level officials and local civil servants alike. Hundreds of thousands of people have been indicted for corruption to date.

The crackdown on foreign exchange in an attempt to control the value of its national currency has been ongoing for almost a decade. However, one of the more significant pushes came in 2017, after Beijing announced fresh curbs on the transfer of funds overseas, restricting not only the amount that individuals and businesses could transfer out of the Mainland into markets abroad, but also what this money could be spent on. The crackdown sent property markets around the world into a tight position and caused a number of outbound investment projects to be called off. It has also had a significant impact on the gambling industry, which was identified as a top concern as it relates to capital flight.

As we know, China’s crackdown on VIP gaming is interlinked with a number of issues – capital flight, political corruption, and illegal money laundering. It’s a decade-long crackdown that has not shown much signs of slowing down. A proposal found within Macau’s draft gaming law said that it will increase supervision of casino and junket operators that help finance high rollers. The news and other measures in the bill wiped more than $18 billion off Macau casino stocks, which was a record for the companies in question. Industry analyst Ben Lee last month theorized that should the direct supervision of Macau casinos cause all active outbound marketing to Chinese premium mass players to halt, it could see as much as 80 percent of the segment vaporized.

In January 2021, the Chinese government announced new details for its plans to crack down on so-called “Self-Media”, a term given to social media accounts run by individuals such as journalists, celebrities, and artists, who are disseminating information that the government deems harmful and/or incorrect. This includes information pertaining to politics, the economy, military, foreign affairs or other major current events.

The campaign against “Self-media” began as early as 2017, and has been overseen by the Cyberspace Administration of China (CAC). In July 2020, WeChat estimated there were around 20 million public accounts on its platform that allow individuals to broadcast content to the public. It has been an ongoing crackdown. Just in the two weeks from 27 August 2021, around 1,793 self-media accounts were shut down, sharing 47,000 pieces of what it deems “harmful information” to millions of followers.

Last month, China announced major reforms within its private education sector, known as the “Law on the Promotion of Private Education” which prohibits foreign ownership of private compulsory education, and policies aimed at restricting the profiteering of private schools. Some observers believe that China views the expansion of private education as a direct challenge to the equality and “common good” ideals that it stands by. Ultimately, the crackdown aims to level the educational playing field between the rich and poor. In 2020, there were 186,700 private schools in China, accounting for one-third of all schools and one-fifth of all students.

In November 2020, China’s antitrust watchdogs announced draft rules targeting monopolistic practices on the country’s digital platforms, which this year have wiped more than $1 trillion from the value of China’s tech giants. The legislative barrage began not long after Beijing ordered the halt of an initial public offering of Jack Ma’s digital payment platform company Ant Group, which had backing from Alibaba. Since then, regulators have introduced further anti-monopoly legislation focused on the “platform economy” – which targets internet platform companies from e-commerce to food delivery to ride-sharing.

China’s reining in of what it deems as “immoral” pop culture touches on a number of issues. It involves a curbing of celebrity worship and fan culture, the banning of reality talent programs, the pay inequalities between celebrities and artists, as well as a complete ban on “unethical” celebrities – those who they deem as holding incorrect political views which could lead young people astray.

Television companies and internet platforms have been told by the National Radio and Television Administration to “strictly control the selection of program actors and guests, and uphold political literacy, moral conduct, artistic level and social evaluation as selection standards.

The government recently also put an end to reality talent programs, and ordered broadcasters to promote more masculine representation of men. Authorities are concerned that these types of shows, or representations, are setting the wrong example for young people and are causing obsessive fan culture.

There have been cases of Chinese celebrities having their work in film or music completely wiped from the Chinese internet for their “incorrect” political views.

China is continuing to put pressure on its neighboring countries to stamp out businesses illegally promoting and offering online gambling to its citizens. One of the most significant moves as of late came in August 2019, after the Chinese government issued a strongly worded statement through its embassy in Manila urging its neighbors to help crackdown on online gambling, which it said poses a threat to China’s financial stability. The Philippines responded with tighter regulation of its own industry, while Cambodia immediately issued a ban on all online gambling activities.

A crackdown on power consumption is being driven by a rising demand for electricity and surging fossil fuel prices, along with desires for the country to meet its climate pledges. Authorities have been stepping up the enforcement of emission curbs after it was found that only 10 out of 30 mainland regions were able to meet their energy goals in the first half of 2021. The restrictions are part of the country’s goals of bringing down its carbon emission to a peak by 2030, and reaching carbon neutrality by 2060.

In September 2021, China’s Central Bank intensified its crackdown on cryptocurrencies with a blanket ban on all crypto transactions and mining, causing crypto values to spiral downwards again. China has condemned cryptocurrencies for their ties to fraud, money laundering, and excessive energy usage. It also poses a threat of undermining its own Digital RMB, which it is planning to roll out across the country over the next few years. It follows on from an earlier announcement in May, which banned financial institutions and payment companies from providing services related to cryptocurrency transactions – similar to bans in 2013 and 2017.

Last month, the National Press and Publication Administration (NPPA), the government regulator for video games, issued a new rule that further reduced the amount of time young gamers are allowed to play online video games (including mobile). Under the rules, minors under the age of 18 are now only allowed to play video games on Friday, Saturday and Sunday, between 8pm and 9pm, effectively giving them a total of three hours of video game time per week.  It’s a significant tightening of restrictions from the previous rule set, which gave young people 1.5 hours per day on weekdays and 3 hours a day on weekends and holidays. The moves are part of China’s attempt to clamp down on video game addiction, a campaign that began as early as 2005. A study conducted in 2020 found at least 17 percent of Chinese adolescent gamers suffered from Internet Gaming Disorder, with traits including high neuroticism and low conscientiousness, spending unhealthily long amounts of time playing, and high expenses. The measures resulted in a fall in Chinese game stocks, including Tencent and NetEase.