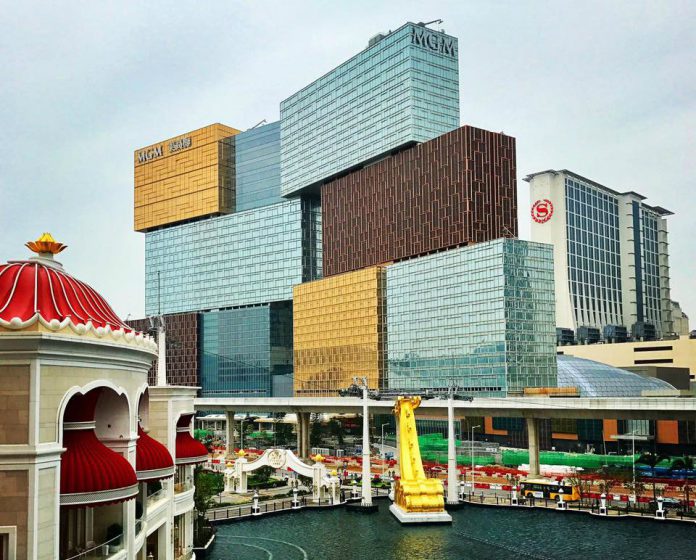 Authorities in Macau have unsealed MGM Cotai after the results of three days of testing of staff and clients revealed no positive COVID cases.

The property had been closed on Sunday, following the discovery of a positive case involving a croupier, with nearly 1,600 staff and clients confined to quarters as they underwent the tests.

MGM told Asia Gaming Brief that all areas in MGM Cotai have now been “fully sanitized and disinfected,” and that “the property will resume operations soon”. However, no specific date was given.

On the group’s website, hotel room bookings for Thursday were already available, however dining, retail and entertainment options were still listed as “Temporarily closed until further notice”.

In response to enquiries, the group told AGB that ‘the hotel, casino and some of its dining facilities will be back in service’, strictly in adherence with the government’s pandemic prevention measures.

Authorities in Macau on Wednesday noted that of the nearly 1,600 people who had been sealed in MGM Cotai for three days, 1,501 were allowed to leave – under the condition of conducting a series of daily NATs. Eighty-one people were said to have had close contact with the croupier who tested positive and are under hotel quarantine.

Authorities in Macau on Wednesday also announced a second round of mass testing of the population “for better economic recovery”, despite the results of the 725,000 tests it conducted over 28 hours all coming back negative.

The new round will take place between November 4th at 7am and November 5th at 6pm, while residents are still required to conduct daily RATs on Thursday and Friday.

Questioned whether mass testing would be used every time a local case is discovered, authorities said that “the objective is to have zero cases and to not have community transmission”.

The shutdown of MGM Cotai and mass testing rounds are the result of just two imported cases, which resulted in eight linked cases