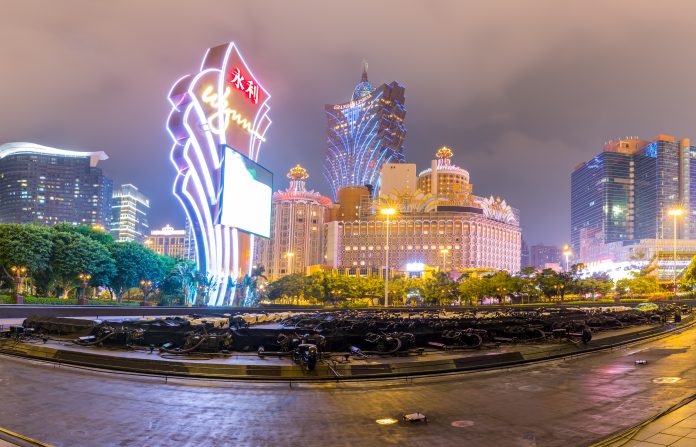 Authorities in Macau have locked down a zone of the city, after a family of four local residents were infected with the Delta variant of the coronavirus, prompting the city to apply “immediate prevention” measures on Tuesday, including mandatory testing of the entire population by August 7th.

Only those displaying a negative nucleic acid test result are allowed to enter, but cannot leave the zones.

The lockdown will remain in place until the test results come back, after which new measures will be decided.

The new cases comprise a couple, their son and daughter, who tested positive for the Delta variant of the virus on Monday, and all of whom circulated within the Macau community for days prior to being identified as infected and hospitalised.

Authorities are now working to find and test all of the residents of the zones before they can say the extent of the outbreak and how many other Red or Yellow zones will be defined in the city.

These zones could include hotels, casinos and commercial spaces. Given Macau’s high population density, in particular of the area under lockdown, and the hospitality and gaming sector being the largest employer, operators are likely have to have commenced large-scale testing of staff on Tuesday, with on-site testing facilities already in place for such a necessity.

Authorities identify those who require urgent testing through their Health Code, which is linked to their address. If the address is within a red or yellow zone, their health code changes to the corresponding color. Authorities cannot yet track who has visited or works in the zones.

They have not yet been able to find or test all of the residents of the Red and Yellow zones.

Authorities have also mandated that anyone leaving Macau must supply a negative nucleic acid test result, taken within 24 hours of expected departure.

Throngs of people could be seen running for the border as the new cases and subsequent mandatory testing were announced.

No further measures are yet going to be placed on those entering from Mainland China, despite authorities on Tuesday stating that the Macau resident, a schoolgirl, had become infected in the mainland before returning to Macau.
The infection is believed to be linked to the Nanjing outbreak.

The infected individual had been in Macau since July 25th, having returned from a study trip to Xi’An along with 30 other classmates from Macau. She displayed symptoms of coronavirus, including loss of taste, on the 22nd, while in Xi’An.

After returning to Macau she is believed to have infected her three family members, who also went to work and circulated in Macau up until August 3rd. None of the family members works in a hotel or casino, however one works on the Macau peninsula and the other in the health centres in Coloane.

The testing of the close contacts of the family and of the 30 individuals on the study trip to Xi’An (as well as their family members and close contacts), is also set to be the criteria for defining how many Red Zones will be established and their size.

Only 19 members of the study group had been taken in for testing, with one already displaying symptoms, test results were not available as of Tuesday night.

Depending on the results of the city-wide testing, residents or tourists will either require mandatory treatment at the hospital, quarantine, or self-observation, based on their degree of exposure to infected persons and the classification of their zones of residence.

Any close contacts of infected individuals are expected to be quarantined.

Entry from Mainland China (exclusive to residents of Chinese territories), is dependent on displaying a Green Health Code, and authorities say they’re investigating how the infected entrants filled out the information on their codes before entering Macau.

The SAR’s Health Bureau director said the new infections, and relevant response, proves that even current measures are not 100 percent effective, questioning whether further testing measures will be necessary for those entering the territory.
The city’s tourism board says that it is reinforcing hotels’ epidemic prevention measures, sending personnel to inspect the venues.

It has cancelled all tours for locals within the city and is standing by to contact hotel establishments “to provide assistance when necessary”.

The new infections should spark a rise in the number of individuals quarantined in Macau, which is currently over 2,000. Two other hotels have now been designed as quarantine hotels – the Sheraton (in The Londoner complex on the Cotai strip) and the Metropole hotel (on the Macau peninsula).

Both venues have previously been used as quarantine hotels.
Authorities assure that new updates and measures will be announced in the coming days as the nucleic acid test results return.