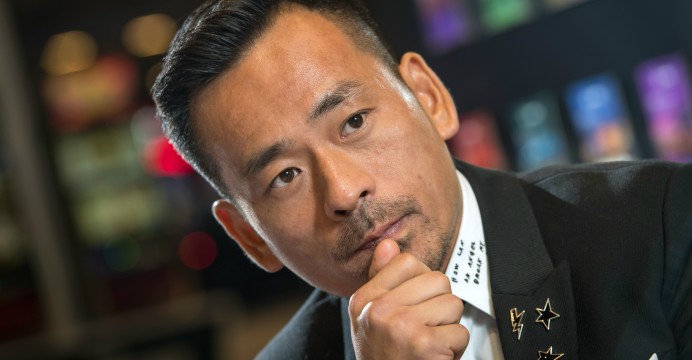 Former Suncity boss Alvin Chau has continued to plead his innocence while also calling for an acquittal of his Suncity employees, rather than beg courts to solely dismiss charges against him. Chau made the statement in the final hearing before the issuance of a verdict in the case, on January 18th.

Thursday’s court session marked an emotional end to the court drama which began mid-September, with nearly all defendants, except Chau, breaking down in tears during their final pleas.

Chau used his time on the podium to try to disabuse the court that Suncity was a criminal syndicate, nor functioned as a type of triad, according to reports.

Chau questioned how a company that had functioned for over a decade, without complaints, court cases, loss of property or life could be classified as a criminal organization, notes TDM Canal Macau.

Currently, the case is being tried under a 90’s era criminal syndicate legislation which had been used to prosecute Macau’s notorious gangs and includes articles relating to weapons possession and other violent activities – elements that have in no way been on the table in the current trial involving the formerly Hong Kong Stock Exchange-listed company.

Chau again argued that he had “no motive” for engaging in the alleged proxy betting activities that supposedly yielded HK$21.5 billion ($2.76 billion) in revenue between 2013 and 2021, noting the sum was palsy in comparison to the MOP300 billion ($37.43 billion) the group has paid in gaming revenue tax over the years.

Chau maintained his innocence, saying he had never been involved in, nor promoted proxy betting in casinos in Macau. One of the more detailed charges against Chau regards illicit gambling in an authorized venue, the proxy bets, with defense lawyers claiming that the law does not cover such types of bets (in particular given that they allegedly took place outside of Macau – allegedly in the Philippines – and not within the ‘authorized gaming venue’ in Macau), saying therefore there is no legal basis for them to be considered a crime.

According to Macau Business, Chau even said that “Suncity had actually helped improve the operational model of junket operators in Macau […] which had become more ‘corporation-like’ and standardized”.

The rise of Suncity coincided with a shift in Macau’s VIP junket model from hundreds of individual operators to corporate entities, leading to a consolidation in the sector and a different image being contributed to it.

Up until recently, Suncity had also been the major sponsor of some of Macau’s main calendar events of the year, the Macau International Film Festival and the Macau Grand Prix, appearing frequently alongside government officials at the public events.

This growth in reputation of the company, notes Chau, attracted talent back to Macau, with Chau claiming “all my colleagues have good educational backgrounds […] They have no motives for committing the [said] crimes […] I want to apologize to them and their families for putting them in misery,” Macau Business quotes Chau as telling the court, referring to both the employees standing trial in Macau and in mainland China.