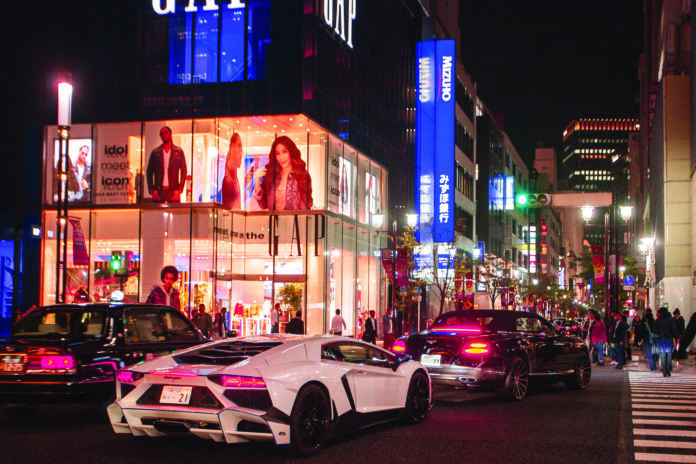 VIP play had been projected to be a major segment of the potential overall Japanese gaming market, but a lot has changed since the law permitting integrated resorts was passed in 2018.

It was anticipated that international VIP play from China, Taiwan, Hong Kong and Korea would be the major feeder markets, with some studies estimating that the VIP market could constitute up to 25 percent of overall gross gaming revenues (GGR) in Japan.

It is important to note that the IR law prohibited the use of junkets in Japan. This was a significant mandate based on the past experience of other jurisdictions. The Macau government has historically permitted the services of junkets, but from a law enforcement perspective, this has caused multiple concerns related to the infiltration of triad groups, pervasive money laundering and the explosion of the underground banking system in China.

In contrast, the Casino Regulatory Authority of Singapore decided in 2009 to permit junket operators, known as Independent Marketing Agents (IMAs), at its two IRs, but only under a strict licensing and operational regime resulting in only three IMAs having been licensed in total (with none currently licensed).

The Japanese government appears to have based the decision to prohibit junkets on the regulatory and law enforcement issues associated with junket operations. That decision has been validated by the recent inquiry held under the auspices of the New South Wales Independent Gaming and Liquor Authority into Crown Resorts, which documented serious breaches related to junket operations and anti-money laundering (AML) regulations at the Crown casinos in Melbourne and Perth.

Junket operators have demonstrated over the years that they are masters of circumvention in avoiding governmental efforts to regulate them. The Japanese gaming regulator, the Casino Regulatory Commission (CRC), and the Financial Intelligence Center  (responsible for AML compliance) will have to be on guard to assure that junkets are not operating behind the scenes issuing credit to VIP players outside the traditional casino credit systems. Meanwhile events taking place in China will have a direct impact on the VIP market in Japan.

The length and severity of China’s anti-corruption campaign, initiated by President Xi Jinping in late 2012, has surprised many analysts and political observers. The impact of the crackdown had a major impact in Macau but also has been extended to other jurisdictions that market to Chinese VIP players. Whereas the crackdown initially targeted junket operations in Macau, it then impacted the ability of junket operators to take Chinese VIP players to overseas casinos and now appears focused on those VIP players themselves traveling to casinos outside China.

Below is a summary of the key developments impacting the VIP market from 2015 to the present:

1.     The Gaming Inspection and Coordination Bureau (“DICJ”), the Macau gaming regulator, introduced a number of initiatives to strengthen gaming regulation. One required that all new Macau junket licensees from 2015 provide full disclosure of shareholders, investors and key employees.

2.     In December 2016 new controls were imposed on the amount of cash individuals using China-issued ATM cards could withdraw from ATM machines in Macau.

3.     Facial recognition technology and ID verification for cash withdrawals was deployed In May 2017 at ATMs in and around casinos and then extended to all ATMs in Macau.

4.     China’s State Administration of Foreign Exchange announced that as of 1 September 2017 information would be collected on overseas transactions exceeding RMB1,000 (US$147).

5.     In May 2016 the DICJ banned proxy betting in Macau’s casinos and required casinos and junket operators to follow significantly stricter AML protocols.

6.     The DICJ banned junket operators, with effect from 1 August 2019, from using Macau casino and VIP rooms as a base for cross-border settlement of VIP gambling services provided outside of Macau.

7.     The DICJ also stated that any violation of local laws, or even of regulations in places outside Macau, could potentially affect the suitability of a junket operator in Macau.

8.     Since the start of the Covid-19 pandemic, the Chinese government has stopped financial outflows by keeping its citizens from traveling overseas, thus ensuring a boost to the domestic economy.

9.     In June 2020 the People’s Bank of China began tracking large-sum domestic cash transactions in an attempt to curb illegal transactions and make the movement of money even more difficult for junket and underground banking operators.

10.  Around the same time, Chinese authorities arrested thousands of people suspected of being involved in cross-border gambling and there have been many official pronouncements against online gaming and those involved, as well as firms providing payment services to these entities.

11.  China’s Ministry of Culture and Tourism established a “blacklist” of overseas tourist destinations in August 2020 that are targeting mainland Chinese customers for gambling purposes.

12.  The Chinese government announced in December 2020 that the National People’s Congress had passed an amendment to Chinese criminal law so that, with effect from 1 March 2021, it became a criminal act punishable by a prison term of up to 10 years for any person or entity (such as an offshore casino) organizing or soliciting Chinese citizens to gamble overseas, while the penalties for serious breaches have also been increased.

Taken together it appears VIP play from China at Japan’s IRs will have to be re-evaluated in light of these developments.

VIP play is always risky from a regulatory and operational perspective. The CRC will have to ensure that VIP play follows the rules and that money laundering is not taking place.  In addition, the IR licensees will have additional compliance responsibilities in terms of conducting periodic risk assessments and enhanced due diligence on VIP players including understanding the player’s true source of wealth. VIP play will still be an important component of Japan’s GGR but there will have to be aggressive marketing efforts related to the mass and premium mass markets. It is still a long time until the first IR opens and much can change in that time.

Fredric Gushin founded Spectrum Gaming Group in 1993 after working 13 years for the New Jersey Division of Gaming Enforcement as Assistant Director and  Assistant Attorney General. Gushin has led Spectrum’s Asian engagements for a variety of public and private sector clients. He is an expert on gaming regulation and anti-money laundering related to all forms of gaming.

Paul Bromberg has been overseeing and conducting investigations in Asia since 1988. During this time, he has worked closely with various governments including law enforcement on gaming and other matters, including conducting probity investigations.