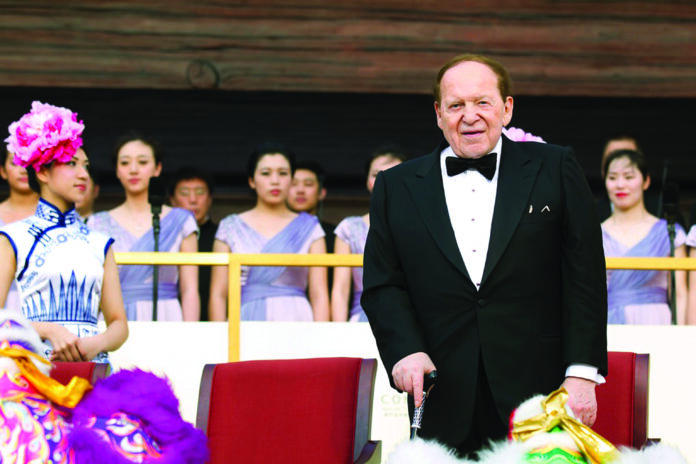 Sheldon Adelson, whose vision for gaming in Asia helped reshape the skylines of both Macau and Singapore, died in January at age 87, though analysts expect the company to continue with its commitment to the region.

Adelson, the founder CEO and Chairman of Las Vegas Sands died following complications for the treatment of non-Hodgkin’s Lymphoma. He was forced to take a leave of absence from the company in 2019 to receive treatment for the disease but had been back at work until early this year.

In a statement, his wife Dr. Miriam Adelson spoke of how the executive was an all-American story of entrepreneurship.

“When Sheldon launched a new venture, the world looked on with anticipation,” she wrote. “He was an American patriot: a U.S. Army veteran who gave generously to wounded warriors and, wherever he could, looked to the advancement of these great United States. He was the proudest of Jews, who saw in the State of Israel not only the realization of an historical promise to a unique and deserving people, but also a gift from the Almighty to all of humanity.”

A funeral will be held in Israel, the birthplace of Dr. Miriam Adelson, with plans for a memorial service held in Las Vegas.

Chief Operating Officer Rob Goldstein was appointed CEO in Adelson’s absence. Analysts have said they didn’t expect the departure of the company’s founder to mark a major change in strategy and it will remain committed to its plans in Asia.

Las Vegas Sands said last year that it was planning to sell off its properties in Las Vegas, with a $6 billion price tag. That would leave it without any resorts in North America, though it has since begun lobbying for the right to build a casino in Texas.

The major question mark will be whether the death of its founder will open the way for Las Vegas Sands to explore a digital strategy like many of its biggest rivals.

Adelson had been vehemently opposed to online gaming, leaving Las Vegas Sands behind companies such as Caesars Entertainment and MGM Resorts, which have made significant forays into the online space.