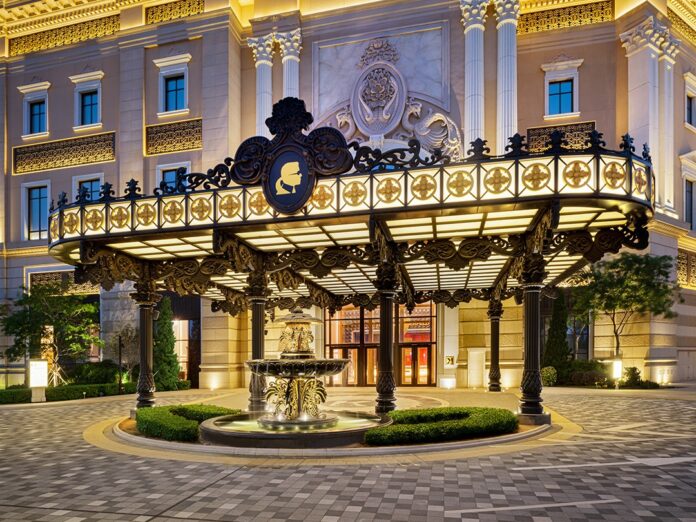 Many of Asia’s integrated resorts boast a wide range of hotel options, but does having the big name global brands bring an operator an advantage?

The relationship between the name recognition that luxury hotels confer and the downside of high internal transfer costs is a delicate one and it’s a business model that some are now eschewing.

“It gives variety when properties believe their own brands are not well known enough,” Lee said. “If you are a large resort you can give guests a range of brands from low-to-high, but if you are a smaller resort you do not want to cede your ability to be flexible.”

While an in-house hotel is a very useful tool for any casino, Lee said having a big-name external brand is more debatable, with the advantage perhaps tipped in the hotel group’s favor.

Three of Macau’s six operators feature external brand hotels. Galaxy Entertainment’s complex hosts The Banyan Tree, the Ritz Carlton, The Marriott and the Okura, as well as its own-brand hotel and it will soon add Singapore’s Raffles. Melco Resorts & Entertainment now only has The Hyatt after converting the Hard Rock Hotel into the Nuwa Hotel and adding its iconic Morpheus own-brand, while Sands China’s properties host the Four Seasons, The Sheraton, the Conrad and the St. Regis.

Glenn McCartney, professor of integrated resort management at Macau University, has written that these luxury brands were attracted by the lure of access to lucrative travel markets, such as China.

A traditional hotel model looks to external sources for its patrons, while in an IR, the hotel has to manage internal and external demand.

“The casino, particularly in Asia, is the principal revenue provider and can thus trump other visitor segments in the allotment of hotel rooms,” he wrote in a paper on “Managing accommodation in integrated resorts.”

Room charges to the casino by the hotel are through an internal transaction rate determined by contract, and here there is the chance to put the casino at a competitive disadvantage, in particular at the premium end of the market.

Lee pointed to his experience as VP of casino marketing at Macau’s The Venetian, where he was charged HK$2,500 a night by the Four Seasons Hotel in the complex, compared with the more favorable terms Melco Resorts & Entertainment was able to procure from The Grand Hyatt, which charged HK$900. For in-house operated brands the charge is generally negligible.

The high-end brands are a valuable marketing tool for integrated resorts and in theory should help to build a database of high-value names, but Lee said in his experience, it’s more of a one-way street in favor of the hotel group.

Interestingly, Macau’s newest integrated resort has opted for a different model. SJM Holding’s Grand Lisboa Palace, which opened on Cotai last year, has its own hotel, but will also feature a hotel designed by late designer Karl Lagerfeld and another by fashion house, Versace. Both of these latter have been heavily marketed as a unique selling point for the property. Although they carry the luxury brand, they will be self-managed.

The Grand Ho Tram in Vietnam also recently rebranded as the Intercontinental Grand Ho Tram, but is still also a self managed property.

Elsewhere around the region, it’s a mixed bag.

The Hoiana in Vietnam has opened without a big name hotel brand as a partner, while Marina Bay Sands in Singapore, also only has its own hotel.

In the Philippines Entertainment City, Okada Manila and Solaire Resort & Casino do not feature an external brand, with City of Dreams Manila hosting, the Hyatt Regency and the Nobu brands.