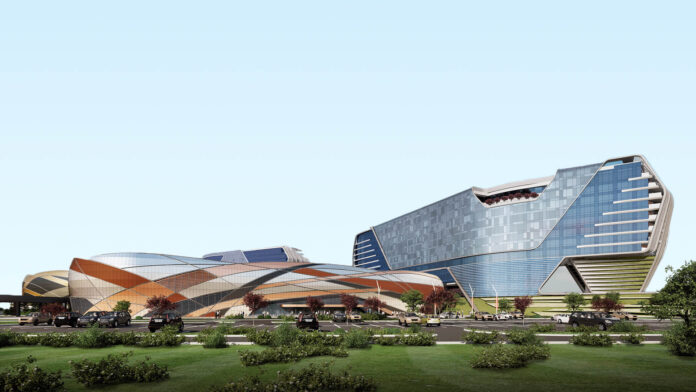 Mohegan Gaming & Entertainment said it has raised $1.55 billion in financing for its South Korean integrated resort, which it now expects to open in 2023.

The funding will be used for the Phase 1 development of the Inspire Entertainment Resort in Incheon, close to Seoul’s international airport.

“We have a proven track record in developing and operating leading integrated entertainment resorts in North America with our successes in Connecticut, Las Vegas and Niagara Falls, and we look forward to taking this success abroad as the first American IR launched in Korea,” said James Gessner Jr., Chairman of The Mohegan Tribe and MGE Management Board.

Mohegan said it now has the financing to complete the project. It has contributed $300 million in equity, with a further $275 million in equity from private equity funds. There is also a project finance loan of about $890 million from a three-bank Korean consortium.

Mohegan got permission to extend its construction deadline in April this year due to Covid delays, with the date for opening pushed out to the first half of 2023 from 2022. The company also tweaked its plans to include facilities such as an outdoor activity park.

At present the resort is 12 percent completed.

“We anticipate a significant rebound in the tourism and leisure industry following the pandemic, and we look forward to contributing to the Korean economy while at the same time opening and operating a successful, state-of-the-art resort. I’m thrilled to see our international vision for IR development reach this important milestone,” said Bobby Soper, International President for MGE.

Nagasaki has subsequently partnered with Casinos Austria for its license bid.

The Incheon economic zone was envisaged as a foreigner-only casino and entertainment zone. However, to date only Paradise City – a joint venture between Paradise Co. and Japan’s Sega Sammy – has opened its doors. Caesars Entertainment pulled out of another project in the zone, telling shareholders it had sold its investment for the price of some “barbecued pork.” Its partner in the project, R&F Properties in July said there was no clear path towards completion of the resort.

Industry analysts are downbeat on the prospects for South Korea’s foreigner-only casino market in the short term, due to the Covid crisis and doubts on whether Chinese tourists will return.

Mohegan in the past has stressed that its project will have a large non-gaming offering to which it hopes to attract clients from the Seoul Metropolitan area.