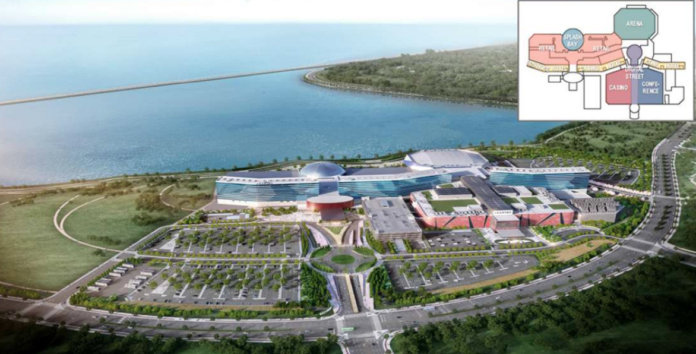 Mohegan Gaming & Entertainment has given a progress report on its Inspire Korea project, saying that concrete structure work at all three hotel towers is underway and continuing as planned.

Structural steelwork for the public area, precast concrete arena structure and below grade utility construction are also underway. Infrastructure work both on and off site is also in progress, the company said in its fiscal 2Q22 earnings release..

The Inspire Korea project is situated in the Incheon Free Economic Zone, near Seoul’s international airport, one of Asia’s busiest. The zone was intended to be a casino and entertainment hub, but so far only an integrated resort run as a joint venture between local operator Paradise Co. and Japan’s Sega Sammy is up and running.

Inspire Korea will feature a foreigner-only casino, a 15,000 square meter arena, a major water attraction and an outdoor family park.

“Although visitation was somewhat impacted by the Omicron variant and poor weekend weather at our Northeast properties early in the quarter, the consolidated Adjusted EBITDA margin of 24.2% was 234 basis points higher than the pre-COVID comparable fiscal 2019 quarter,” said CEO Raymond Pineault.

Mohegan said work on the resort resumed in February after it raised $1.55 billion in financing for the stalled property late last year. It is now expected to open in 2023. The funding will be used for the Phase 1 development.