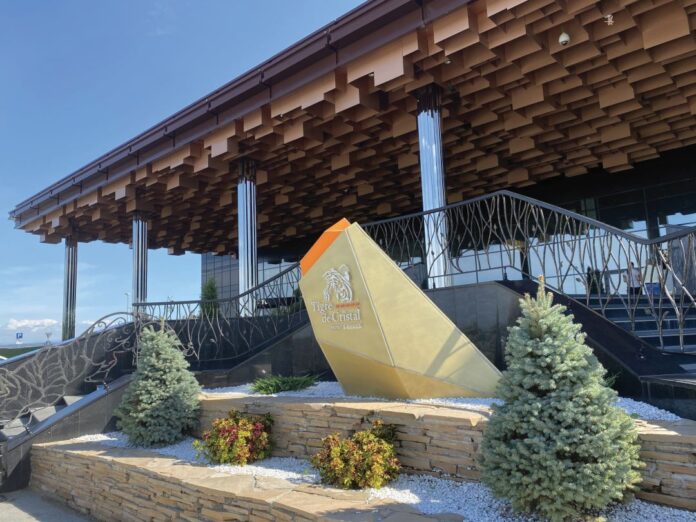 The development of Russia’s Primorye gaming zone has taken a major step forward in recent months, with the announcement of two new investors planning integrated resorts in the area.

Primorye, which is located close to Vladivostok, is seen as the most promising of the country’s designated gambling zones. It has a low taxation base relative to many other jurisdictions around Asia and is within a four-hour flight of North Asian source markets, such as China, Japan and Korea.

During the pandemic, it has also fared surprisingly well, enjoying support from the local Russian market while international borders are closed.

In early September, the Primorsky Territory Development Corp. announced that Russia’s Mantera Group has signed an accord to build a RUB14 billion ($192 million) integrated resort.

The Mantera Group is a consortium of companies involved in the tourism and hotel industry. It is also developing a residential complex in the Krasnaya Polyana gaming zone in Sochi.

Mantera signed the accord on Sept. 2. It intends to build the project within four years, with works expected to begin in 2022.
“First of all, the project is aimed at increasing the inbound tourist flow from China, Japan and Korea, the countries within a four-hour flight radius and the market potential of one billion people,” said Dmitry Anfinogenov, director of sales at Mantera. “We already have experience in attracting foreign guests to the Krasnaya Polyana gambling zone – this is an excellent business basis for the next start.”

Anfinogenov was a former director for development of the Krasnaya Polyana gambling zone in southern Russia.
The casino will be built in Muravyinaya Bay on a 16-hectare plot.

“We are pleased to welcome such a major investor as Mantera Group to Primorye, and we hope that the new casino is just the beginning of our great joint work on the development of the region,” said Olga Sun-zhayu, general director of the development corp. “With the participation of professionals in the tourism business, we are creating a new high-class resort, unique of its kind in the Far East.” The announcement was the second in two weeks for the Primorye zone.

The development corporation said a “major Russian investor” has agreed to spend at least 10.5 billion rubles ($142 million) to build a casino and entertainment complex. The corporation has not as yet named the investor, who has agreed to sublease three land plots.

“The new resident chose one of the best-located sites – on a hill, practically at the entrance to the gambling zone,” said Sun-zhayu said. “In total, about 14 hectares are intended for construction. The company plans to create high-class entertainment facilities, using the rich experience of implementing such projects throughout Russia. Soon the investor will tell you more about his plans.”
Under the terms of the signed investment agreement, the project will involve at least 300 hotel rooms of at least four-star quality. There will also be at least 500 units of gaming equipment. The development corporation is planning 12 casino complexes for the zone.

The Primorye gambling zone is currently home to Summit Ascent’s Tigre de Cristal and Shambhala, which is owned by a Russian businessman.

NagaCorp, operator of Cambodia’s NagaWorld is constructing a resort, as are Russian companies Diamond Fortune and Primorye Gaming Group.

Summit Ascent’s most recent results highlighted the benefits of having support from the local Russian market, which helped to support revenue in the absence of international travel.

It posted a 35 percent gain in 1H21 revenue. The loss in the period narrowed to $131,000, from $47 million in the year-ago period. On an adjusted EBITDA level, the company returned to positive territory with $17.2 million compared with a loss in 2020.
However, it said that for a return to growth in its premium mass and premium business, international travel will need to resume.
NagaCorp’s Russia project has also resumed construction after the government helped the company find contractors.

According to the developer, NagaCorp management has chosen a Russian contractor, having concluded an agreement at the end of August 2021. However, due to the delays the opening will not take place next year.

“The new general contractor has already begun preparations for the start of construction and installation work and is expected to start the main work this week. The contractor plans to carry out construction in the winter. The next stage of work will be completed next year,” said Executive Director of the Primorsky Territory Development Corporation Igor Trofimov.

According to Trofimov, at the moment the company is looking for another contractor to perform work such as facade construction, stone and carpentry work, interior decoration, laying of engineering networks, exterior work and landscaping.

To date, a total of 6.2 billion rubles ($84 million at the current exchange rate) out of 11 billion planned has been invested in the Naga Vladivostok facility as part of the first stage of the construction.

The Primorsky Krai Territory Development Corp. expects the landscaping of the beach in the gambling zone to be completed by 2022. In 2009 the beach area became part of the Primorye gambling zone project. The exact vision for the beach area is still under discussion and the corporation plans to meet with designers to discuss concepts that preserve the “dignity of the recreational zone, while making it more comfortable for vacationers.”

The Russian authorities are continuing their campaign to tighten their grip on online gambling, including a new law which will facilitate a crackdown on payment services. The Federal Tax Service (FTS) is taking the lead on many of the enforcement measures. Under the new legislation, the FTS can block the websites not only of illegal gambling and lottery websites themselves, but also the companies that provide them with financial services.

All of this can be done without gaining judicial approval for specific enforcement actions. The new law also prohibits banks, payment agents, and telecom operators from entering into agreements with illegal casinos or with those who make related transfers.