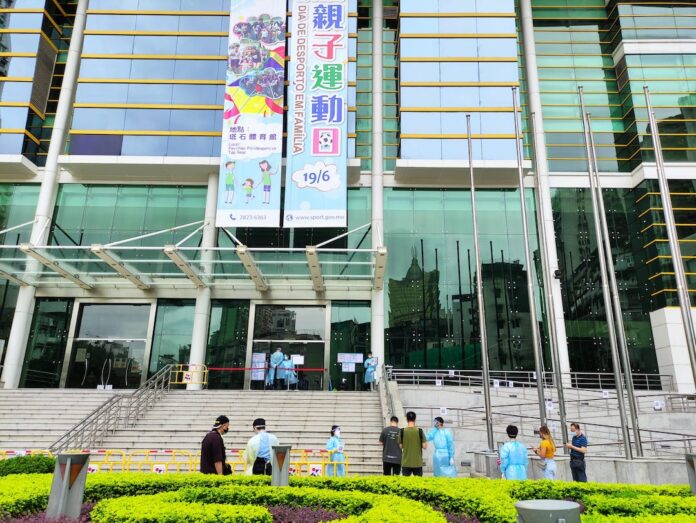 Macau casino stocks were sharply lower on Monday on news of the city’s worst Covid outbreak since the beginning of the pandemic, with cases rising to 36.

Government services, schools, public parks and most businesses closed down, although the casinos are open for business.

Analysts said that the latest outbreak is likely to mean an almost zero-revenue environment for the next few weeks.

“It goes without saying the knee jerk reactions will likely be very negative, but we admit it’s probably too late to downgrade the stocks here,” J.P. Morgan wrote in a note.

The firm is advising long-term and “patient” investors to focus on the return to more normal valuations. The stocks are currently trading at about 7-8 times normalized EBITDA compared with 13-14 times mid-cycle, it said.

Most of the companies, apart from SJM Holdings, still have ample liquidity, it said.

Bernstein Research cut its forecast for June gross gambling revenue for the second time this month and now expects GGR to be down 91 percent from its pre-pandemic levels.

In the most recent week, Macau’s daily GGR came in at MOP93 million, which was flat on the prior week. However, that was before the Saturday Covid cases were discovered.

Given the predictions for almost zero-revenue, J.P. Morgan said investor focus has turned to cash burn.

The firm said assuming zero revenues for an extended period, with no additional funding, SJM and Sands China have the shortest runway at nine months, while Wynn Macau, MGM China and Melco Resorts & Entertainment have 1.5-2 years of liquidity. Galaxy Entertainment has about 60 months.

In practice, J.P. Morgan expects controlling shareholders to provide more funding in a similar way to Wynn Macau, whose parent made a further $500 million available.