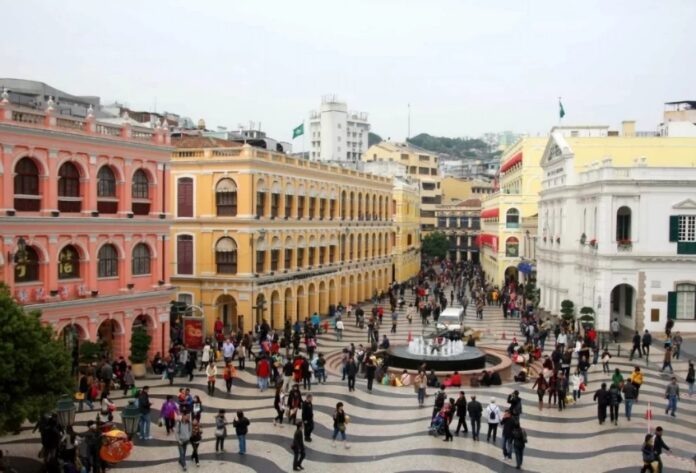 Macau is hoping for a strong revival in the number of tourists it receives from Hong Kong, its second-largest market, with expectations that daily visitation could rise as high as 50,000 tourists during the Chinese New Year holiday.

According to the local broadcaster, TDM, Macau’s tourism authority is confident with the number of new arrivals following Macau’s move to liberalize travel between the two SARs on January 8th, paving a path for a complete return to pre-pandemic conditions.

“We can see that the reaction has been very good, after the reopening of the border on January 8th, the arrival of visitors has increased, and the most recent data indicates that arrivals (on January 10th) were more than 6,000,” Macau’s deputy tourism head told TDM.

“Looking back at 2019, the daily number of visitors from Hong Kong amounted to around 20,000. We hope that, after the implementation of discounts and during the Chinese New Year holidays, the number will surpass 10,000,” the official disclosed.

Macau on Friday will implement a new travel incentive for inbound Hong Kong visitors, allowing a free return ticket either via ferry or bus, aimed at driving visitation from the SAR.

The incentives come after Macau, Hong Kong and China relaxed their travel restrictions, for the first time in nearly three years, allowing free travel without testing measures between the regions and Taiwan.

Numerous nations have now announced their own restrictions on travelers from China, such as South Korea, the United States and Australia, as the nation (and the two SARs), have been swept with a wave of COVID infections.

Macau alone has previously estimated that up to 70 percent of its population has already contracted COVID, but that has not stopped opening-up procedures.

Some industry professionals have already warned that, due to the COVID wave and Macau’s legacy of closed borders, sufficient personnel is not yet in place to handle the influx of tourists expected for Chinese New Year.

The head of the Tourism Industry Association of Macau noted to the broadcaster that this is a real concern, but that hiring would happen in time to breach the holiday.

“I believe that all (in the industry) will have to take into account the growth in the business and hire more personnel. For example, during the holiday period of Chinese New Year, I believe that the tourism and hotel sector will need more part-time employees to reinforce the workforce . With our average daily arrivals increasing to 20,000, as in the past it was 30,000, I believe that it’s crucial to maintain our high level of service quality,” noted Andy Wu.

The association head said that he believed visitation from Hong Kong could even reach 50,000 daily visitors during the CNY period, as long as transportation was sufficient.

Macau recently re-launched its ferry routes to Hong Kong, something that had been stalled for nearly three years, and is progressively ramping up its daily bus routes to the SAR via the Hong Kong-Zhuhai-Macau bridge.