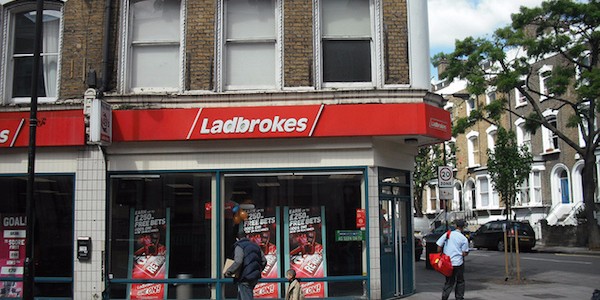 It’s been anything but a slow start to the New Year. While only in its embryonic stages, MGM Resorts International’s bid for the U.K.’s Entain has the potential to trigger a chain of events that could have wide reaching implications for gaming in Asia.

To recap, MGM, which has a 50/50 joint venture with Entain in the U.S., known as BetMGM, offered to buy the U.K. company in a bid worth some $11 billion. Entain, which was formerly known as GVC Holdings and owns such mega brands as Ladbrokes, has rejected the deal as being too low.

Analysts were swift to point out that such a sizable chunk of change deployed to boost its digital presence could very well signal a reduced appetite for pursuing a bid in Osaka, Japan, which would probably entail a similar outlay.

They also questioned what it might mean for MGM’s presence in Macau, suggesting it may lead to a sale of some of MGM China, though they stressed they saw this as a much longer-term issue.

Not so MGM shareholder, Snow Lake Capital. The alternative investment manager, which is the largest public investor in MGM China with a 7.5 percent stake, was quick to write a letter urging the sale of a 20 percent stake in the Chinese unit.

Snow Lake said it believed it would be in MGM’s best interests to sell a strategic interest to a leading Chinese consumer internet or travel & leisure company and revealed it had held meetings in the past with CEO Bill Hornbuckle on the subject.

In a lengthy explanation for its rationale, Snow Lake said the introduction of such a Chinese partner would help reduce uncertainty about the upcoming casino concession renewals and could also help raise significant capital to invest either in the digital space, or in its plans in Japan.

“With established consumer service scale in mainland China, any of the above-mentioned enterprises will be able to directly contribute to Macau’s tourism recovery through its industry-leading customer base and leisure demand traffic,” it said.

“Introducing one of China’s top consumer internet platforms as a significant strategic shareholder for MGM China creates a win-win transaction, as it distinguishes MGM China by bringing non-gaming capabilities and resources to Macau at the industry’s post COVID-19 low.”

It remains to be seen how far Snow Lake wishes to push its vision, or partake in investor activism. However, from a shareholder perspective, it says it’s trying to solve some of the issues that are causing an overhang and subsequent undervaluation of its stock.

The company says MGM is valued at 20 to 30 percent less than its local peers in Macau.

MGM acknowledged receipt of Snow Lake’s letter, saying just that it remains committed to Macau and will act in the best interests of its stakeholders and shareholders.

Meanwhile, MGM’s pursuit of Entain has been seen as a smart move to increase its focus on online gaming and to take maximum advantage of the opportunities in the U.S. sports betting market.

However, it won’t come cheap. Entain says the price tag as currently offered undervalues the company and in addition on Thursday announced a bid of its own. It has agreed to buy Enlabs for about $340 million in cash to expand in the Baltics.

The official release made no mention of the rebuffed MGM Resorts offer.

According to Bloomberg, MGM is in talks with Entain about ways of making its offer more appealing. They include introducing a cash component into the all-stock bid.

It’s an interesting start to the year and one that demonstrates just how fast the gaming world is changing, with a Covid-19 year from hell no doubt accelerating the trend towards digitalization.