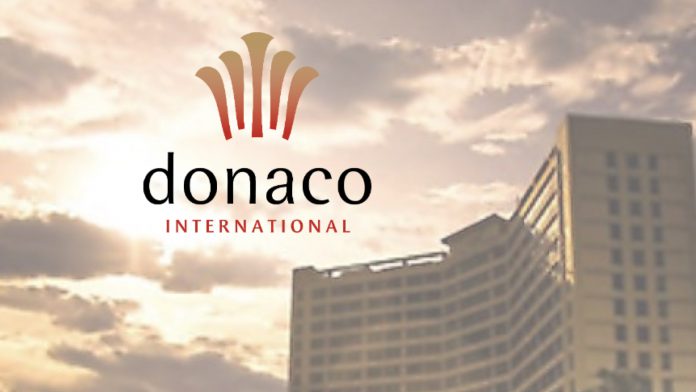 Donaco CEO Lee Bug Huy banks on the reopening of the Cambodia-Thailand land borders to fuel the company’s gradually recover in the next financial year.

COVID-19 disruption severely impacted Donaco’s balance sheet for the fiscal year 2022, with Star Vegas and Aristo casinos of the company having catalyzed the process due to force majeure closures.

“With the reopening of the Cambodia-Thailand land borders in May 2022, we expect that Star Vegas’ performance will gradually recover in the next financial year,” CEO Lee Bug Huy noted in the company’s 2022 annual report submitted to the Australian Stock Exchange.

Despite the challenges faced in the ongoing COVID19 pandemic, the company continued to strive to protect its business sustainability, an annual report of the company read.

“With Star Vegas back in operation from 18 June 2022, we believe that Donaco will recover its performance and prevail during this pandemic,” the report quoted Chairman Porntat Amatavivadhana.

With Star Vegas operating on a limited basis for almost one month during financial year 2022, Star Vegas’ overall performance has fallen against prior corresponding periods, with its EBITDA decreasing by 135 percent to a loss of A$1.5 million.

Aristo reopened on 8 May 2020 and has been operating on a limited basis ever since while the border with China remains closed.

This has been reflected in Aristo’s revenue performance as its EBITDA decreased by 77 percent to a loss of A$0.2 million.

Aristo’s table games performed better in FY22 compared to last year and resulted in an increase of 40 percent in net gaming revenue to A$1.2 million.

On the other hand, Aristo’s non-gaming revenue fell 19 percent to A$0.3 million.

“Aristo will continue to adapt to border changes, with local management having the discretion to tailor operations to local conditions,” CEO Lee Bug Huy was quoted in the report.

For the financial year 2022, Donaco International reported a net loss of A$16.5 million.

The company recorded a negative EBITDA of A$4.4 million for the financial year 2022, down from A$0.1 million in the prior year.

Net revenues of the company declined at A$2.4 million, compared to A$10.3 million in the prior year, a decrease of almost 80 percent on a YoY basis.

The company’s negative operating cash flow widened by A$1.2 million at A$5.7 million, a decline from prior year of negative A$4.5 million, largely attributed to Star Vegas only operating on a limited basis for almost one month, starting from June 2022.