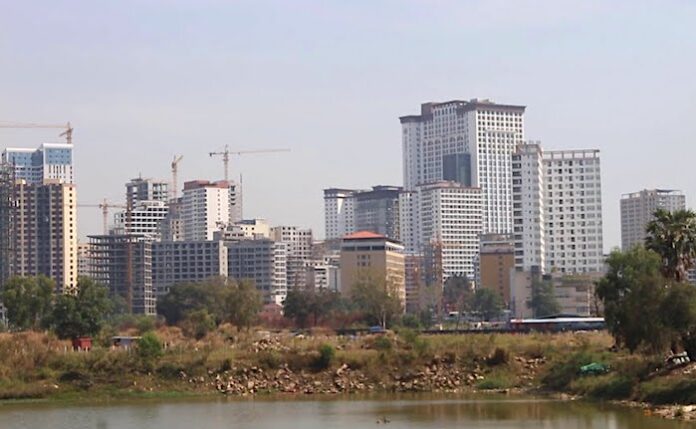 The U.S. State Department has warned companies considering investing in Cambodia that there is a high risk of money laundering, corruption and human trafficking in sectors such as casinos and banking.

“Businesses with potential exposure to entities in Cambodia that engage in human rights abuses, criminal activities, or corruption should be aware of the reputational, economic, and possible legal risks,” it said in a business advisory. “To mitigate these risks, businesses should apply appropriate due diligence policies and procedures.”

In reference to casinos, the advisory notes that the number of licenses issued between 2014 and 2019 surged by 263 percent with much of the activity centred on Sihanoukville.

The ban on online gaming, which came into effect at the beginning of last year, has helped curb the growth, but the increase in properties has outpaced regulators’ abilities to monitor and police them, it said.

As a result, they have attracted organized crime elements, which have invested in casinos specifically to launder money.

The Cambodian government has recognized these risks and has set up an inter-ministerial task force to investigate claims of money laundering and human trafficking in Preah Sihanouk province. However, the task force had not issued its findings as of October this year, the advisory said.

The State Department named two high-profile figures as examples of criminal involvement in Cambodia. One is Wan Kuok Koi, also known as “broken tooth.” He is the leader of the 14k Triad and has been accused of a wide range of criminal activities.

He was sanctioned by the U.S. Department of the Treasury’s Office of Foreign Assets Control in December last year.

The advisory also refers to North Korean official KIM Chol Sok, who was sanctioned in connection with the country’s attempted development of nuclear weapons. He led a criminal empire of businesses in Cambodia that trafficked illegal drugs, counterfeited currency and offered illegal gambling, the advisory said.

The rampant development in Sihanoukville has also raised concern about the use of child labour and of human trafficking.

Again the report notes that the government is “overwhelmed” by the scale of the issues and lacks capacity of handle them.

It said there had been an increase in sex trafficking and forced labour amongst Cambodian women and girls, while children were found to be working on construction sites and in entertainment venues, including casinos.

Although some of these elements decreased after the online gambling ban, the State Department expects them to pick up again as the country recovers from Covid.

There have been numerous reports over the past two months of workers detained against their will and forced to work without wages in properties in the city.

The State Department also singled out the giant $3.8 billion Dara Sakor complex for criticism. Chinese company, Union Development, won a 99-year license in 2008 to develop the zone on about 36,000 hectares of land.

The size of the development violates Cambodian law, but the company was able to engage a general in the Cambodian military and a senior political figure to intimidate local villagers and to clear the land.

The report said the case was an example of the endemic corruption in the country, which is ranked 134 out of 141 countries by the World Economic Forum.