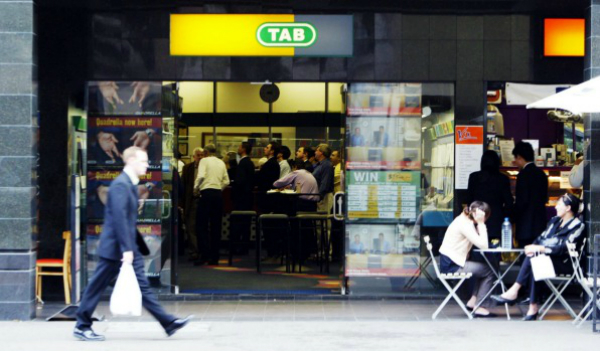 Tabcorp says it’s taking time to carry out a strategic review of its businesses to extract more value for shareholders after receiving unsolicited bids for its wagering and media business, which it says were too low.

The Australian company also said it has put its search for a new CEO on hold while the company assesses its options and David Attenborough will remain in his current position during the review period.

“These options could include a potential sale of the Wagering & Media business to a third party or a potential demerger, which could be implemented via a separation of the Wagering & Media business or the Lotteries & Keno business,” the company said. “As part of this process, Tabcorp is also resuming its strategic review of the Gaming Services business.”

The sprawling company, which employs about 5000 people in Australia, has been under pressure from shareholders to de-merge its fast-growing lottery and keno business from wagering and media to unlock value. J.P. Morgan said a demerger of the businesses would “maximize shareholder opportunity.”

However, the company made clear that it believed that the bids of about $3 billion for the media and wagering business were too low. One of the offers was from the U.K.’s Entain, while Apollo Asset Management has also been named as being in pursuit of the business, whose jewel in the crown is seen as the SKY broadcasting network.

J.P. Morgan has put a value of about $3.68 billion on the business, which is 22.7 percent higher than the bids the company has received. Unless the bidders are prepared to come up that high, which is viewed as unlikely, the board is not likely to entertain repeat approaches, it says.

A demerger would allow shareholders to retain their interest in lotteries and gives them an option as to whether or not to continue to hold stock in the demerged wagering and media business.

The investment firm goes on to speculate that a demerger could in turn lead to more merger and acquisition activity and potentially a tie up between Tabcorp and PointsBet Holdings.

“Post a demerger, we would anticipate wagering to trade on depressed multiples, and PBH & TAH could well trade at parity, implying a merger of equals may benefit both sets of shareholders in resolving any growth or funding headwinds.”

Entain, which owns brands such as Ladbrokes, responded to the news of the review by expressing confidence its offer represents a real opportunity for change, while a demerger is just maintaining the status quo.

“Entain is confident an acquisition of the business represents the most attractive pathway to value realisation for investors and that its business is a clear and obvious choice as a strong, long-term partner for Australian racing,” a spokesperson told the Australian Financial Review.