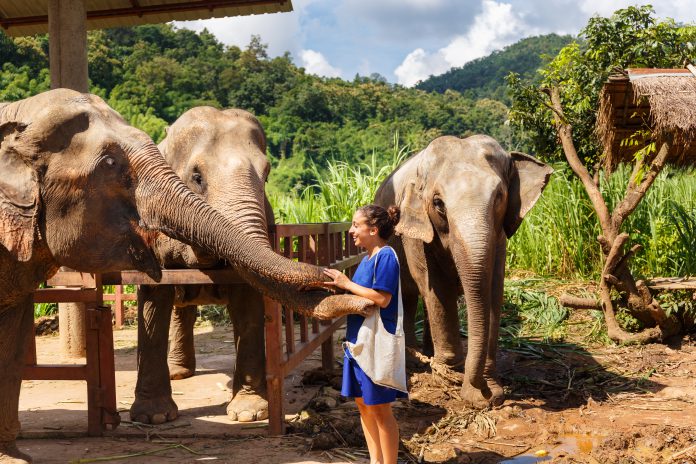 Jurisdictions around Asia are noting a strong surge in domestic tourism as a result of the pandemic, but border reopenings remain some way off and local traffic is unlikely to do enough to offset lost revenue in the IR industry.

Speaking at the recent Destination Mekong Summit, leading officials from the region outlined the impact the Covid-19 crisis has had on their respective tourism industries and the measures they have implemented to mitigate the effects. They also spoke about how their respective countries are approaching opening up their borders again to international visitors.

Dr. Han Van Sieu, Vietnam’s vice chairman of the National Administration of Tourism, said the country had seen a 62.4 percent drop in the number of tourists visiting, which has hit the country’s small and medium-sized tourism businesses the hardest.

The government has implemented a package of measures to alleviate the pain, including a five-month suspension of tax and land rental fees, the provision of low interest loans and a 20 percent discount on electricity tariffs. It has also cut takeoff and landing fees by half.

Vietnam was quick to bring the pandemic under control and began opening up to domestic tourism in April, with a major marketing push to get people moving again. He said the campaign had been a success before a second wave hit in early August, forcing a step backwards.

In June and July, domestic tourism numbers were close to their normal levels, with destinations in Danang and Phu Quoc running at about 20 percent above their 2019 levels.

Phu Quoc island hosts the Corona Resort & Casino, which is the only one in Vietnam currently permitted to allow locals to gamble. Recently the Ministry of Finance said 45 percent, or 47,000, visitors to the resort last year were locals.

Danang is also home to several casinos, though only Vietnamese holding foreign passports would be permitted to enter.

The major focus for the government at present is on reactivating domestic tourism again, although Dr. Sieu said that talks are beginning on how to establish travel bubbles with destinations considered as “safe,” or which had had similar infection levels to Vietnam.

These include Japan, China, Taiwan, New Zealand, Australia and South Korea, he said, but gave no timetable for a potential reopening.

According to figures from ForwardKeys analysing flight searches, domestic travel interest across Asia has surged during the pandemic.

In Thailand 67 percent of travel searches in June for the second half were related to domestic destinations, compared with just 21 percent last year, while in Vietnam it was 61 percent compared with 15 percent.

Cambodia, which has also had a low infection rate, is also gradually opening its tourism facilities and casinos. NagaCorp in Phnom Penh opened on July 8th and has said it has seen positive numbers, whilst resorts in Sihanoukville have also been able to open their doors.

NagaCorp said for August, its gambling revenue was close to pre-lockdown levels due to pent up demand from Chinese expats living in Cambodia. VIP rollings were running at 98 percent of their prior levels, while main-floor buy-ins stood at 90 percent.

Like Vietnam, however, locals are not permitted to gamble in the casinos and the doors remain closed for foreign tourists.

Minister of Tourism Dr Thong Khon said that Cambodia is working on plans to create travel bubbles, but that is not expected to happen until 2021.

Overall in Cambodia, domestic tourism is down about 10 to 15 percent, but he did see signs that on major holidays demand is picking up. The five-day Khmer New Year holiday was held in August this year, having been pushed back from its usual date in April. During the festivities 1.4 million Cambodians travelled to domestic destinations, generating $100 million in revenue.

“ We will look at opening up certain areas and if it goes well, we will open other areas in due course.”

Thai senator Weerasak Kowsurat struck an upbeat note for tourism in the Southeast Asian region, predicting that “there will still be carriers and there will be people sitting in them.”

In the meantime, Thai resorts are also getting support from local tourists, with hotels in Hua Hin and Pattaya completely full.

He said resorts that were close to major cities were benefiting from locals taking long weekend breaks.

When it comes to reopening international borders, Thailand is considering a slightly different approach and is looking at opening up two of its islands — Koh Samui and Phuket — to tourists. The plan had been to begin Oct. 1st, however, fresh cases look to have delayed the process.

“We will look at opening up certain areas and if it goes well, we will open other areas in due course,” he said.

Panel moderator Steven Schipani of the Southeast Asian division of the Asian Development Bank praised the efforts taken by the various governments to support their tourism industries through the crisis and to retain jobs.

However, he noted that domestic tourism will not be able to fill the vacuum created by a lack of international visitors.

“Until we can reestablish international visitation we are going to have a hard time,” he said. “Last year the talk was about over tourism and now it’s the opposite. We now have the opportunity to do things differently.”