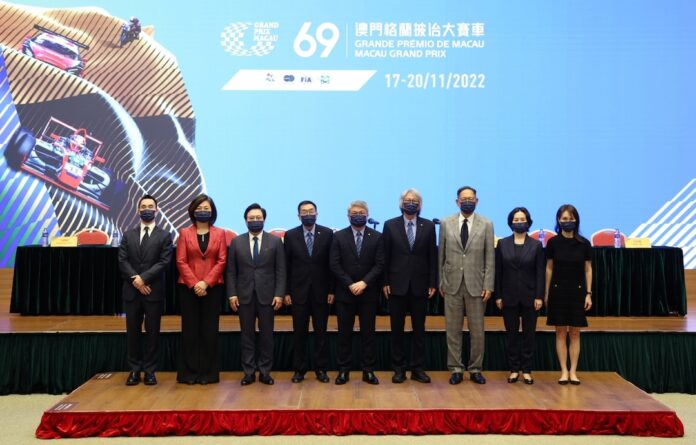 Sponsored by all six gaming operators, replacing the title sponsorship, the 69th Macau Grand Prix will be held from November 17 to 20, comprising a total of seven races.

The Macau Grand Prix is ​​an important sports tourism brand project for the city and the staging of the Grand Prix amply demonstrates that Macau is both a vibrant and safe city to visit, the government argued in a press conference held on Monday to release this year’s edition details.

The Macau government said the broader impact of organizing the Grand Prix can assist different business sectors to accelerate economic recovery. In turn, by broadcasting the Grand Prix races to other countries and regions in the Mainland and overseas, a positive image of Macau will be disseminated around the world, the organizers expect.

The headline sponsor of previous editions of the event was Let Group, previously, Suncity.

In addition to watching the Grand Prix on site, the event will again be broadcast live or delayed by a variety of different TV stations and broadcasting organizations covering Macau, the Mainland and various countries and regions around the world.

In order to ensure that the Grand Prix is held under safe conditions, strict epidemic prevention measures will be implemented during the event.

The MGPOC will continue to closely monitor the COVID-19 situation and make arrangements for epidemic prevention in a timely manner in accordance with the relevant guidelines issued by the Health Bureau.