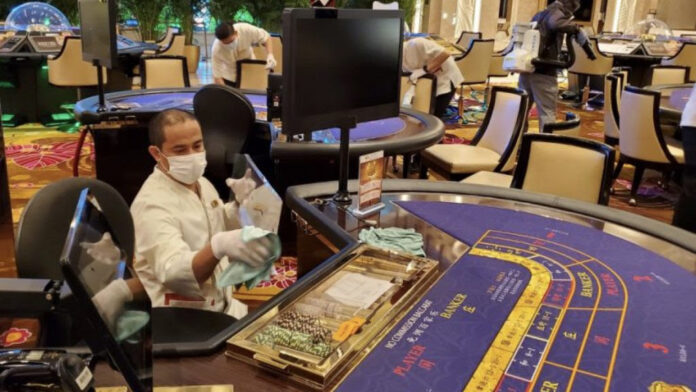 The hold rate may be a key casino metric, but there is a question mark over how valuable it is in assessing underlying performance for investors and whether it can be improved by active management, according to Ben Lee, founding partner of IGamiX Management & Consulting.

Lee says the hold percentage, or the ratio between the amount won by the casino and the cash buy-in at the tables, is a useful benchmark measure to help an operator obtain cross-property comparisons between its own resorts and those of its competitors.

“If your hold is consistently below your competitors and you know your mix of games is the same, obviously you have a problem,” he says. “You either have an efficiency problem, in that your hand rates or dealing rates are too low, or you’re losing money possibly through internal scams.”

To be sure, changing up the mix of games would be one way of approaching the problem. However, the overwhelming majority of players in Macau prefer Baccarat, which has amongst the lowest edge of all table games. Baccarat accounts for about 85 percent of the market, with games such as Roulette and Sic Bo making up the remainder.

However, Lee says there is some debate in Macau between the orthodox majority who claim that given the mathematical impossibility of changing the house edge, it’s extremely difficult to have any meaningful impact on the hold ratio, and a minority who claim they can.

In Singapore, where Baccarat is only about 60 percent of the market, there is potential for much higher casino hold, Lee said.

As a result, “investors should be aware that there are two ways to improve the hold rate. One is an artificial way and the other is the short-term way that may end up being counterproductive.”

“If anyone has a significantly higher hold rate, be aware that it may not be sustainable and is not necessarily a reflection of the true performance of the casinos.”

Lee explains that the artificial way that has been used to boost hold rates is by encouraging mass-market players to buy chips at the cage rather than the table. Thus when the calculations are done at the end of the day, that buy-in at the cage is not always included in the denominator which has the effect of inflating the hold ratio.

Two other ways that have been put forward are to increase the speed of hands per hour or change the games. However, Lee said that the validity of the speed is still being debated.

Changing the games such as from Commission Baccarat to Commission Free does improve the house edge and so will improve the casino’s hold rate. Increasing the speed of the game however does not change the numerator nor the denominator of the hold rate, and ergo is the more contentious option.

Another countervailing argument to speed is that if players lose too quickly, you actually stand a risk of losing them. The game psychologists will tell you there is an optimum level where the player has to feel like they are getting satisfaction.”

He explains it’s the same concept when it comes to slot machines, where there is more flexibility to adjust returns to player (RTP). The range is usually between 85 percent to 93 percent.

“If you program the machine to keep a higher retention, at the lowest level of RTP, you get 15 percent but you burn the players out.”

Speed not of the essence

He points to the example of Aruze machines, which has the highest RTP in the industry.

“They are retaining on average about five percent, but they found that the players were spending longer hours and ended up actually losing more.”

“So this thing of being able to increase the hold rate by increasing the speed of the game is debatable and challenged by many. There is an optimal level, beyond that level you burn the players out and it’s counterproductive,” he said, adding that the historical rate of traditional squeeze baccarat is probably about 37-40 hands per hour, but can be pushed up to 45–50 in the commission-free version, or even 55-60 in commission-free no squeeze games.

There have been attempts to tweak game mixes or bring in new variations in Macau, such as No Commission Baccarat, but the super savvy experienced players usually realize that the house edge has been pushed up and they revert back to the traditional game.

“If players lose their money too quickly, they may walk away and call it a day, but if they get hooked on the game after playing for a longer duration, they may well cash up again to continue to play and end up losing much more. Sometimes the psychology of the game is lost when operators focus on just one metric,” Lee said.