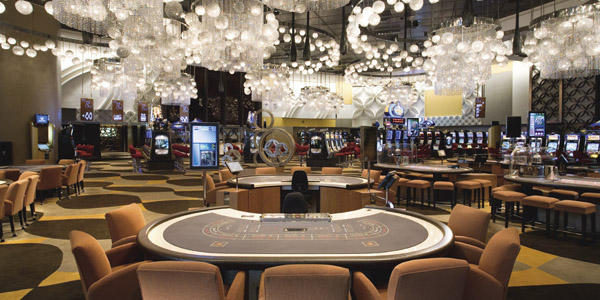 Macau’s gaming industry has been through a tumultuous few months that appear to have put the nail in the coffin for both the junket and VIP gaming industry, but have also raised questions over the broader future for the city’s casinos.

AGB’s upcoming webinar this afternoon will ask a panel of experts for their views on how the latest developments affect the market and what the future holds for both Macau and the wider gaming community in Asia.

Ahead of the event, we’d like to highlight some of the key details and to put the situation into a broader context.

At the beginning of this year, Chinese President Xi Jingping began a drive to reshape the world’s second-largest economy under his common prosperity plan. It’s a policy that wiped billions off the value of Chinese share prices this year, as authorities have cracked down on industries from technology, to real estate, to ride sharing.

Beijing has clearly shown that no company was too big to fail. Late last year, it pulled the record $37 billion initial public offering of Alibaba’s Ant Group, effectively kicking off the crackdowns that followed in 2021.

Investors in Macau’s gaming stocks were rattled by the developments in China, but the more commonly held view in summer was that the industry was not in Beijing’s crosshairs. It was too important for the economy and well being of Macau, which although part of Greater China, is operating under the “one country, two systems” policy.

Then in mid-September, the Macau government published its long-awaited proposals to amend gaming laws ahead of the expiry of the current concessions in June next year.

The amendments were broad brush and lacking in detail, but pointed to greater supervision over the operators and the junket system and signalled a determination to force the diversification of Macau’s economy and to promote integration with the Greater Bay Area.

There were also proposals to restrict the distribution of capital in the form of dividends and to increase the level of the mandated 10 percent shareholding in the operators that needs to be in a local’s hands.

The announcement precipitated a record drop in the share prices of the Macau operators, wiping some $20 billion from their market value. The subsequent public consultation process helped to calm nerves, but the stocks have not seen any significant rebound.

Then in late November came the bombshell news that Alvin Chau, the head of the world’s largest junket and one of Macau’s most prominent figures, had been arrested on charges of organizing illegal gambling and for money laundering.

In its statement describing Chau’s wrongdoing, the government effectively outlined the day-to-day operations of a junket operator, facilitating the movement of capital out of China to fund gaming activities in Macau and elsewhere.

It was the clearest signal to date that what had become accepted over more than a decade as common practice, despite its contravention of China’s laws, would no longer be tolerated.

Since Chau’s arrest, events have moved fast. Suncity Group announced it was closing all of its junket rooms in Macau just days after the arrest of its CEO, while Wynn Resorts, Melco Resorts & Entertainment and Sands China are also shuttering VIP rooms and ending relationships with junkets.

Analysts say the other operators are also taking a view on their operations.

Market regulator, the Gaming Inspection and Coordination Bureau (DICJ) has since ordered the remaining junkets to stop extending credit to their clients and saying that chip purchases can only be done with cash.

AGB’s panel of experts will seek to unravel what the latest events mean for junkets and VIP gaming in both Macau and the wider Asian region. How big of a hit will the loss of VIP’s have and will this spill over into the key premium mass segment?

We will also be asking the bigger picture question as to why now and whether the crackdowns are VIP and junket specific, or are also targeted at the broader gaming industry.