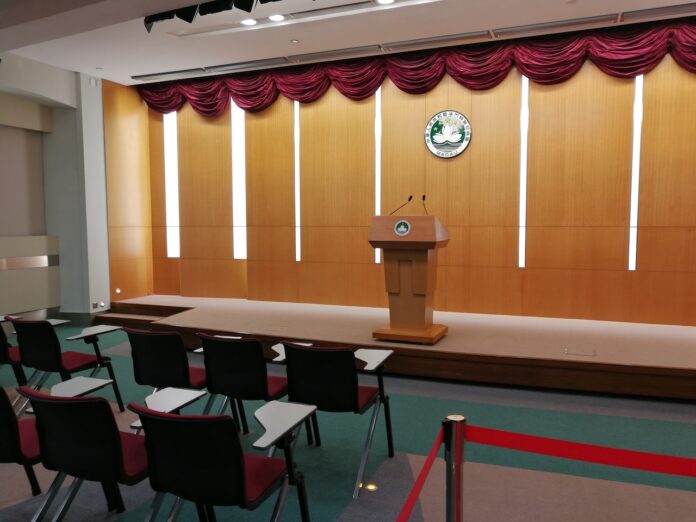 Macau investors and operators are seeking further clarity from the government over draft proposals that seek to increase supervision over the gaming industry.

In September, the administration published its long-awaited amendments to Macau’s gaming law. The document puts forward nine key points where changes are likely, but provides very little in detail as to what the suggestions will mean in practice.

In the absence of clarity, investors fled for the exits. The day after publication, panic selling wiped almost $20 billion off the value of shares in Macau’s six gaming operators.

Investors feared that the proposals represent efforts by China to gain tighter control over gaming in Macau, which may face the same kind of draconian restrictions that have been imposed on other industries in China in recent months.

Analysts have said sentiment towards the sector remains poor and that’s unlikely to change until the government provides further detail as to its intentions.

The two biggest areas of concern appear to be a proposal to increase operational oversight of the companies. Some analysts have suggested that this may involve putting a government member on the board of directors of the operators.

This would give them greater clarity into areas of operations, such as marketing activities, raising concern it may add a further drag on the already limited potential to target clients in China. The operators are only able to promote their non-gaming activities on the Mainland.

The draft amendments, which are out for public consultation until Oct. 29, also hint that there may be restrictions on the distribution of dividends.

This may range from seeking prior permission before announcing payouts to shareholders through to limits on what can be distributed. The government appears to be trying to ensure that capital is returned to Macau for further investment in the gaming industry.

The gaming sub-concessions will also be jettisoned under the draft proposals. This was expected and most analysts expect the three sub-concessionaires to be given a full concession license in the re-tendering process.

SJM Holdings, Wynn Resorts and Galaxy Entertainment were awarded the original concessions, while Sands China, MGM China and Melco Resorts & Entertainment are operating as sub-concessions of the other three.

The government didn’t explicitly state how many concessions will be allowed in the retender, but did say that one of its key considerations will be ensuring an appropriate scale for the industry.

Under China’s prodding, Macau has been seeking to diversify its economy, but it still gets about 80 percent of its revenue from the six operators. Therefore most observers believe that it will not reduce the number of licenses it hands out.

However, this is by no means certain and some have argued that the wording of the government leaves room for interpretation that the number could be reduced.

“The long-term bull thesis remains intact, even if exact timing is still uncertain.”

Most of the other proposals were expected. It wants to see tighter supervision of the junket industry and more investment in non-gaming amenities. The operators are also expected to step up efforts to promote locals and to support small-to-medium sized businesses in the territory.

Many analysts have downgraded their forecasts for Macau and its gaming operators in the wake of the publication of the draft law. However, most say that the reason behind the re-rating has been more related to the slow pace of recovery than concern over China.

“The long-term bull thesis remains intact, even if exact timing is still uncertain,” Bernstein Research wrote in a recent note, saying the selloff had been overdone.

The firm expects 2021 gross gambling revenue to reach 34 percent of its 2019 levels, with mass at 41 percent and VIP at 25 percent of the prior amounts.

Bernstein notes that the companies are still profitable at the EBITDA level with GGR at 30 percent of where it was in 2019.
It is now expecting GGR to top 2019 in 2023 and then to achieve low double-digit growth going forward, led by mass and premium mass. It said that the “long-term structural recovery trumps delay and uncertainty” with the stocks now offering an “attractive risk-reward” profile after the recent selloff.

JP Morgan is not so certain and said there is “no point in fighting the policy” direction for the Macau market. Further clarity on what the government intends is needed before making investment decisions.

Wynn Macau said lenders have agreed to a $1.5 billion revolving credit facility, which will be used to refinance existing debt and for general corporate purposes. The facility will consist of one tranche of $312.5 million and one of HK$9.26 billion. The funds will be made available to Wynn’s WM Cayman II unit, which also has the ability to upsize the loan by a further $1 billion.

The final maturity of all outstanding loans under the Revolving Facility is 16 September 2025. Each loan under the Revolving Facility, consisting of both United States dollar and Hong Kong dollar tranches, will bear interest at LIBOR or HIBOR, as applicable, plus a margin of 1.875 percent to 2.875 percent per annum based on the leverage ratio of WM Cayman II on a consolidated basis.

AGTech Holdings, a Chinese lottery supplier, said it has agreed to buy the owner of Macau Pass for a maximum of HK778 million ($100 million) to diversify its revenue streams. Hong Kong-listed AGTech is buying the entire capital of Macau Pass Holdings Ltd, which owns 99 percent of Macau Pass.

It’s also buying the remaining 1 percent in the target company. Macau Pass provides services that enable retailers and other merchants to accept different payment methods from other payment service providers, such as the Alipay e-wallet, so customers can choose their preferred payment methods at checkout. Macau Pass receives commission income from the merchants for processing the payment.