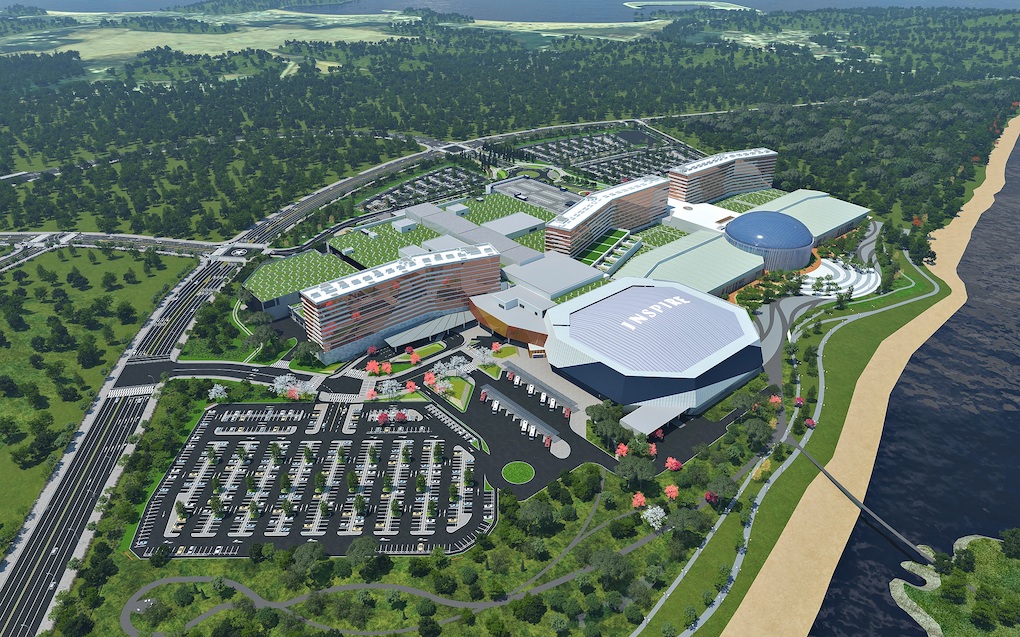 Mohegan’s Inspire Entertainment Resort has signed a management agreement with Hanwha Hotel & Resorts for the operation of five-star hotel towers in the group’s new property in Incheon, South Korea.

According to the company, the group will manage three five-star hotel towers which are set to open in the ‘latter half of 2023’. The agreement covers 1,270 hotel rooms and suites.

The company is aiming to open the integrated resort’s Phase 1 in the fourth quarter of 2023.

One of the key elements of INSPIRE’s entertainment resort is our hotel, Hanwha Hotels & Resorts’ wealth of business experiences and knowhow will lead to innovative hospitality services, which will boost Mohegan INSPIRE’s value creation,” said Andrew Lee, VP of Resort Operation at Mohegan INSPIRE.

The $5 billion project is expected to include a foreigner-only casino, a 15,000-seat arena, convention space, dining, retail and entertainment, alongside an indoor water park and outside family park.

The project is expected to be the largest integrated resort in Northeast Asia, at 4.3 million square meters. The site is being marketed as the first destination resort in the world with its own private air terminal, being located in the northeast area of the Incheon International Airport in Yeongjong-do.

Upon completion, the group expects the property to bring in 4 million visitors annually.

On Tuesday, the group announced that its adjusted EBITDA for financial 2022 was ‘the highest in our 26-year history’, according to a company filing, topping $403.9 million.