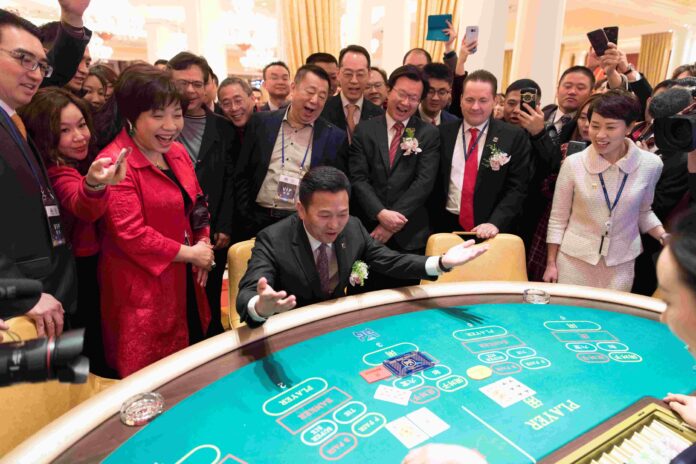 The operator of Jeju Shinhwa World, in South Korea, Landing International Development Ltd, has suspended its Chairman and Executive Director, Yang Zhihui, due to legal proceedings being leveled by Hong Kong’s Securities and Futures Commission (SFC).

The move was announced by the Hong Kong Stock Exchange-listed company on Friday, with Ms. Chan Mee Sze, an executive director, stepping in as acting chairperson ‘until further notice from the board’.

The suspension comes as the SFC has ‘commenced legal proceedings’ in Hong Kong courts, following a petition by against Teamway International Group Holdings Ltd, a company for which Yang Zhihui is also listed as Chairman.

The petition claims that ‘the business or affairs of Teamway have been conducted in a manner which was unfairly prejudicial to the interests and members of Teamway […] and that Dr. Yang, as a shadow director of Teamway, among other things, had breached his fiduciary duties to Teamway in respect to a number of transactions and matters’’.

It also claims Yang ‘failed to procure Teamway to disclose certain inside information, in breach of his disclosure duties’ and [ undertook certain conduct dishonestly for his private purpose and personal benefits and contrary to Teamway’s interests and or/for improper purposes’.

It’s also pushing for Yang to pay compensation to Teamway and any relevant subsidiary.

Despite the charges, Landing claims the suspension ‘will not affect the daily operation of the Group in any material respects and the business of the Group will remain operating as usual’.

Yang, who owns over half of the shares of Landing, was previously under investigation by the China Securities Regulatory Commission, regarding another company he was involved in.

In 2018, Yang went missing for three months after being detained in Cambodia, with Landing later claiming he was assisting mainland Chinese authorities with an ‘investigation’.