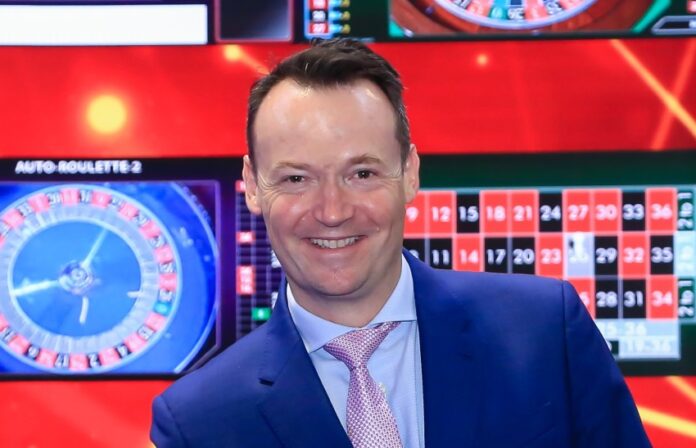 A shift from live-table games to electronic table games (ETG’s) continues to take place in Asia and is expected to be bolstered by the introduction of new product innovations, says Light and Wonder executive, Jim Preston.

Speaking at a Q&A session during the Light and Wonder Vodcast on Wednesday, Preston, who is product director of ETG’s Asia, said there had already been a known natural shift to ETG’s during the course of the pandemic due to restrictions on live tables and the desire for more sanitary play.

However, Preston argues that these players who moved to ETG’s for the first time during the pandemic have now become more aware of the unique benefits offered by electronic terminals.

“Players are playing in this environment for the first time and they’re seeing what options are available… which are not available on other live table games. They can play games a lot quicker. They can play in a private, hygienic environment. (…) In markets where it’s concurrent, they can play more than a single game at one time. So there are multiple reasons why people are shifting, but I think it’s a combination of COVID and what we’ve seen in the live casinos.”

When asked what the “next big thing” will be for ETG’s, Preston noted that a number of new features have become popular amongst the Asian ETG enthusiast, including the display of game-trend data, and progressive jackpots.

“Progressive jackpots. That is the golden egg as far as ETG’s are concerned because, in various formats, we’ve seen side bets associated with table games, none of them have ticked all the boxes. So with creating games like Roulette X, we’ve added a multiplier effect to the game and we’ve seen players transition and really chase that multiplier, but adding a jackpot to games like Roulette X or Baccarat we just think is the next thing.

“Every property is looking at really capturing that segment and really taking advantage of it,” he said.

The Vodcast also served as a platform for Light and Wonder to discuss its rebrand as well as to introduce new products in its lineup.

Ken Jolly, managing director of Asia for Light and Wonder said that “the transformation of our company being focused on great games and content was a defining moment for us in [creating] the new identity.”

Jolly added he was “excited to be doing business as Light & Wonder,” and that a “thorough process was carried out partnering with branding agencies and consulting with our shareholders, our internal staff and some of our customers.”

Light and Wonder revealed its newest slot cabinet, Kascada, which is now available in the Philippines, Malaysia, Vietnam, Cambodia, Korea and is coming soon to Macau and Singapore. The company said the cabinet will be supported by a robust content pipeline based on the company’s most successful game brands such as Coin Combo Series’ Carnival Cow and Hyper Horse, which is the progression of the hugely successful Duo Fu Duo Cai and Jin Ji Bao Xi.

The next game in the series for Asia, according to Ben Atwood, senior director of Product Management is a product called the Explosion Series, which will be released in the Philippines, Malaysia, Vietnam, and Cambodia – these are the top-performing products in North America and feature a lot of the proven features of Duo Fu Duo Cai and Jin Ji Bao Xi, said Atwood.

During the presentation, the company also gave a demonstration of its new Dragon Tail Baccarat and Roulette X.

Tune in this Friday to hear more from Ken Jolly on Asia Gaming Brief’s Face-to-Face series.