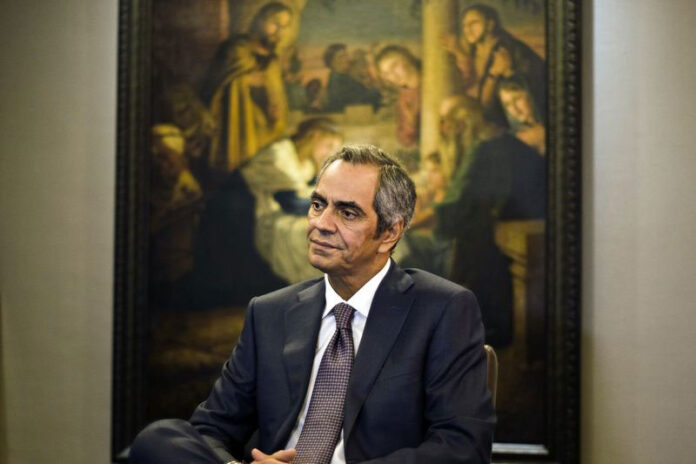 Bloomberry Resorts Corp. chairman Enrique Razon has high hopes for the company’s online gaming business, and is expecting revenue to continue to pick up as the company grows the business.

During an annual stockholders meeting on Thursday, Razon said it has been building up its online business since 2020, and is hopeful in the near and medium-term it will become a large part of the business.

The Philippine Inland Gaming Operator (PIGO) scheme was launched in late 2020 as a means to lift Philippines’ battered economy due to the Covid-19 pandemic.

At casinos, this includes both slot machines and table games.

“So far has grown strongly and has been delivering substantial revenues monthly from zero a year and a half ago and we are highly confident on this development and have been focusing on this area,” said Razon.

In an April 10 report, analysts from Morgan Stanley pointed to Bloomberry Resorts as their “ASEAN top pick” due to its high exposure to local demand, making it a safer choice amid potential new Covid-19 variants.

The analysts said around 70 percent of the company’s EBITDA comes from local demand, 11 percent from Chinese, and 19 percent from other parts of Asia including ASEAN.

Meanwhile, Razon said during the meeting that Bloomberry’s $1 billion Solaire North casino remains on track to open in 2023, despite some delays in construction due to Covid-19.

“Work also continues at Solaire North, where the pace of construction remains limited, but still on-track for a 2023 opening.”

“Solaire North will be an upscale mass-focused offering that, together with Solaire and the revamped Solaire Club, will profoundly expand our gaming footprint to take advantage of what we anticipate to be a burgeoning post-pandemic domestic mass and regional premium mass demand,” Razon said.

Morgan Stanley analysts said the new casino could have a slot/EGM capacity similar to that of Solaire Resort & Casino in Entertainment City, and could allow Bloomberry to further tap into growing local demand.

The analysts have tipped for Bloomberry EBITDA to reach 88 percent of 2019 levels in 2023 and 107 percent in 2024, not including the potential EBITDA contribution from Solaire North.