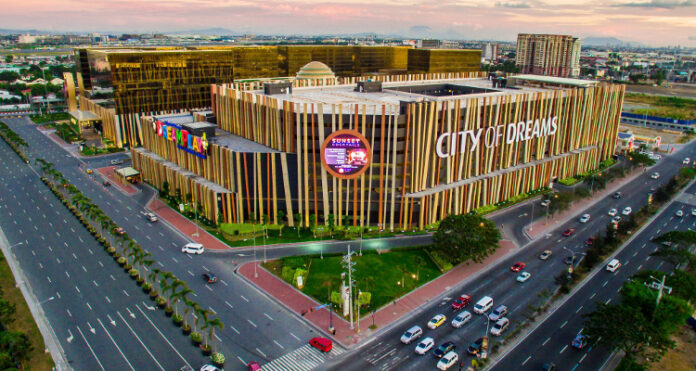 Philippines’ licensed casinos produced a total of P30.1 billion ($575.6 million) in gross gaming revenue (GGR) in 1Q22, rising 29.6 percent compared to the same period in 2021, according to data released by PAGCOR.

Eric Coskun, director of casino projects at IGamiX Management & Consulting told Asia Gaming Brief last month that he expects casinos in Entertainment City to surpass the $2.2 billion generated in 2017 by the end of this year.

Casinos in Clark made up of around 9 percent of this GGR number, whilst those from Fiesta made up of 0.8 percent.

Meanwhile, casinos operated by PAGCOR itself saw GGR of P2.6 billion during the quarter, rising slightly from 1Q21.

Together, total industry GGR reached P39.2 billion, rising from P30.0 billion in the prior-year period and P34.5 billion in 4Q21.

The country is one of the few markets in Asia where locals are allowed to gamble and prior to the crisis the economy had been one of the fastest-growing in the region.

In February, the country scrapped its quarantine requirement for fully-vaccinated foreign travelers – effectively doubling daily arrivals from 5,000 before February to 12,000 by end-March, according to the Philippines Bureau of Immigration (BIR).

The relaxed requirements have propelled the Philippines into being recognized as one of the fastest-growing single destinations in Southeast Asia this year, according to the World Travel & Tourism Council (WTTC), with bookings up 29 percent in 2Q22 compared to the preceding quarter.

Last month, analysts from Morgan Stanley said it expects industry GGR in the country to reach 85 percent of its pre-pandemic levels by the fourth quarter as travel mobility resumes.

“Pent-up demand and election-induced consumption could provide upside to our estimates,” it said, referring to the presidential elections on May 9th.