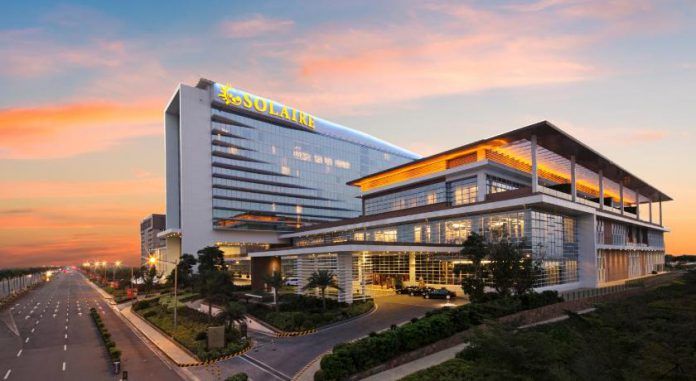 “Easy COVID-19 restrictions throughout the quarter furthered the recovery of gaming revenues.  GGR at Solaire improved by 47% compared to the first quarter of 2022,” the press release read.

The company had reported loss of P1.2 billion ($21 million) in the same quarter prior year.

For the second quarter, on a year-on-year basis, the VIP Tables revenue almost grew 3 folds at P4 billion ($80 million) from 1 billion ($21 million).

In the second quarter of 2022, Metro Manila remained under the lowest alert level— GCQ Alert Level 1.

While, Solaire Korea’s Jeju Sun reported nil gaming revenue in the second quarter as operations at the property have been suspended since March 21, 2020.

“Throughout the reporting period, Solaire’s gaming segments operated at capacities consistent with guidelines set forth by PAGCOR and IATF,” the release read.

This also benefitted the F&B segment of Solaire.

During the quarter, Solaire’s hotel, F&B, and retail segments operated at capacities allowed by the IATF.

The Company reported consolidated non-gaming revenue of P1.7 billion ($31 million) for the quarter, representing an increase of 163 percent from the P657 million ($12 million) generated in the same quarter last year.

“Hotel occupancy was 53.4 percent, compared to 24.1 percent in the previous quarter and 14.9 percent in the second quarter of 2021,” the release read.

Enrique K. Razon Jr., Bloomberry Chairman and CEO, said, “Our performance in the second quarter indicates a sustained recovery in all segments of our Philippine operations. Strong demand from the domestic mass market is pushing revenues closer to pre-pandemic levels and spurring the continued improvement of EBITDA and net income.”

“Solaire contributed P4.0 billion to consolidated EBITDA, which was off-set by the P94.6 million LBITDA recorded at Solaire Korea,” the release read.