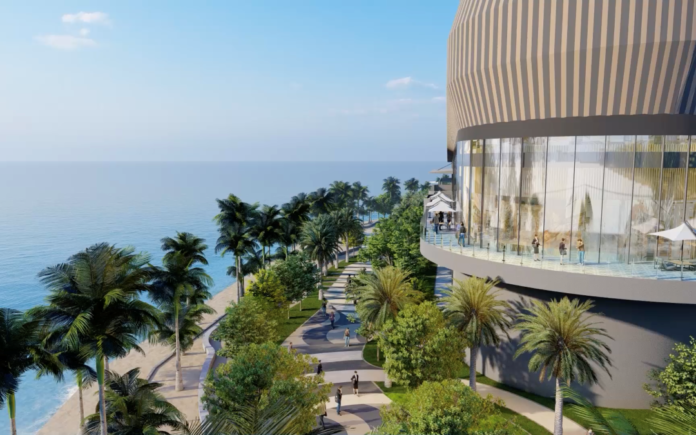 The NUSTAR Resort & Casino opened at the weekend on Cebu island in the Philippines, becoming the first integrated resort for the popular holiday destination.

The resort will feature three hotel towers. Tower 1 will be ultra high-end, while Tower 2 will be five star and Tower 3 for the MICE market. It will also feature a commercial and retail center that will bring in luxury retail and food options, a first for Cebu.

According to the resort’s website, the casino floor area totals 21,000 square meters and will eventually feature 1,500 gaming machines and 500 tables. The opening had been originally planned for March, but was slightly delayed due to the spread of the Omicron variant.

Casinos in the Philippines resumed operations at full capacity since the beginning of March, while the borders opened to international travelers in mid-February.

NUSTAR, which is owned by Universal Hotels & Resorts, will be the first upscale IR on Cebu, which is already home to about seven gaming facilities. Most are small VIP clubs, with the largest existing property being, Waterfront in Cebu City, which is run by the Philippines Amusement & Gaming Corp. (PAGCOR).

Visitor arrivals to the Philippines rose 15.2 percent to 8.2 million that year. Koreans made up the biggest segment of the market accounting for 1.9 million arrivals, although China was hot on its heels at 1.7 million and was the fastest growing, up 38.5 percent on the year.

The Philippines is forecast to be one of the best-performing gaming markets in Asia this year.

Gross gambling revenue (GGR) in the Philippines’ Entertainment City properties was up 21 percent in the first two months of the year and the casinos are on track to surpass the $2.2 billion generated in 2017.

If this pace continues, Entertainment City should be back at its peak levels by the end of next year, driven by mass and premium mass business, predicts Eric Coskun, director of casino projects at IGamiX Management & Consulting.