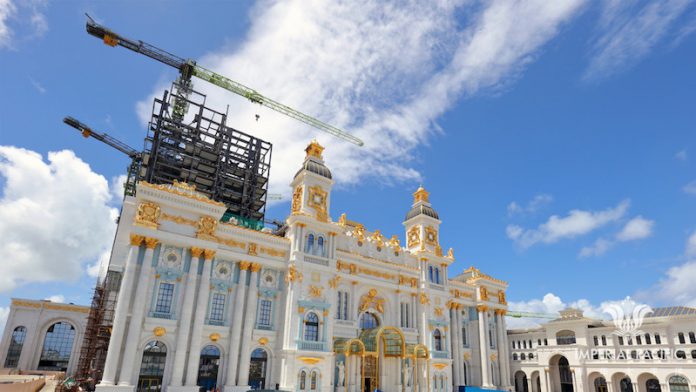 Angel Playing Cards is buying back the inventory it previously sold to Imperial Pacific (IPI), namely Angel Eye shoes and unused decks, which are the heart of the manufacturer’s proprietary systems deployed throughout the world.

The first and most recent transaction was a repurchase that netted over $300,000 by auction via court-appointed receiver Clear Management Group, led by industry veteran Tim Shepherd.

Angel Playing Cards has agreed to repurchase all 201 Super Angel Eye dealing shoes in the custody and control of Clear Management at the unit price of $1,500 for a total of $301,500, the Saipan Tribune reported.

Angel Playing Cards previously sold a series of products to Imperial Pacific, including dealing shoes and playing cards that have since been repurchased.

With previous staying orders lifted, Angel Playing Cards and Clear Management negotiated for the repurchase of the 201 dealing shoes at the unit price of $1,500 for a total of $301,500. The market price for purchasing new Super Angel Eye dealing shoes is $4,200 per unit.

Clear Management noted that the market for the pre-owned dealing shoes is extremely limited, given their age and the adverse storage conditions to which the shoes have been exposed. In addition, no bids were received on the shoes before the initial auction was stayed.

Clear Management and Angel agreed that the proposed repurchase price for the dealing shoes is reasonable and represents the maximum value that could be obtained for the pre-owned dealing shoes in the present market.

In 2016, IPI and Angel entered into an agreement for IPI to purchase a total of 1,935,360 decks of playing cards over a period of time. The final purchase and shipment of decks occurred in January 2020. Clear Management has yet to determine the number of decks in inventory.

Because playing cards have a limited lifespan and are routinely destroyed or canceled when a casino takes them out of use, the inventory of decks is believed to be substantially less than $1.9 million.

Angel and Clear Management have agreed that APC may repurchase any decks that are located at a price of $0.10 per deck.

It is the opinion of Clear Management that the market for pre-owned playing cards is almost nonexistent, as they cannot be used in a casino and can only be used, if anything, for training purposes.

Clear Management and Angel agreed that the proposed repurchase price for the card decks is reasonable and represents more than the maximum value that could be obtained for them in the present market, the Saipan Tribune reported.