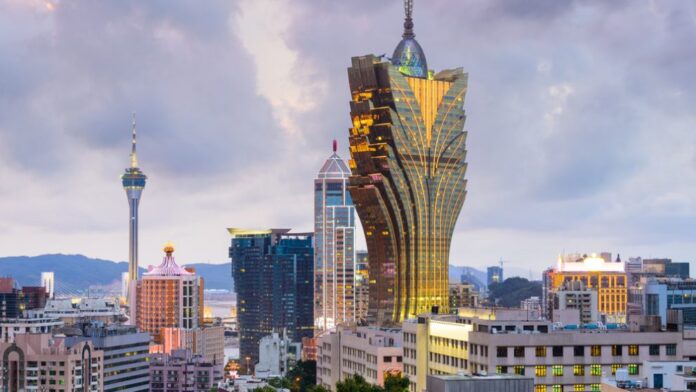 The University of Macau Center for Macau Studies and the epartment of Economics forecasts that the economy is likely to contract between 26.4 to 29.2 percent for the 2022 fiscal year. Local society “continues to see no clear prospects, effective economic recovery may be a long way off,” the study cautions.

The University of Macau’s research is based on two different scenarios, the research team estimates that economic growth will drop between 26.4 to 29.2 percent, whereas exports of services are expected to decline anywhere between 31.3 to 33.6 percent.

Dent in the economic growth will impact the revenues of the Macau Special Administrative Region government, which is estimated to remain anywhere between MOP 29.3 billion to  MOP 33.3 billion.

“In the first half of 2022, the economic conditions for Macau were extremely challenging,” the notes in the report read.

The Macao SAR government was forced to maintain stringent travel restrictions due to the different degrees of COVID19 pandemic in neighboring regions, and in consequence, in the first quarter of fiscal 2022, the GDP fell by 8.9 percent on a year-on-year basis.

Large-scale emergence of infection cases in the Macau community beginning in mid-June, the GDP fell sharply by 39.3 percent on a YoY basis in the second quarter, returning to the level of the second quarter of 2020.

From mid-June to July 2022, due to the spread of infection cases in the local community, 14 rounds of compulsory universal testing and a two-week lockdown were implemented in Macau.

“Under the multiple strict local control measures, many daily activities could not be carried out, and the economy continued to deteriorate,” the notes in the report read.

Taking into account the vaccination situation in Macao and the experience of other countries and places in gradually opening up, it was assumed that Macau would be gradually open.

However, the re-opening of Macau was expected to vary in 2022, and even if there was an outbreak in the local community, the worst-case scenario would be a return to the economic level of 2021.

As Macau was getting prepared for re-opening, the new variant of the COVID19 virus started spreading faster than expected.

The government had implemented stronger prevention and control measures which, to an extent, resulted in one more lockdown.

In addition, Macao’s external economic conditions also have significantly changed, particularly in the United States, where interest rates have recently been raised due to high inflation, and Macao has to follow suit.

For these reasons, the research team has revised the previous forecast and notes that economic conditions remain precarious for the rest of the year.

Mainland China visitors being more than 90 percent of the total visitations to Macau, the China impact is weighed in the report.

In response to possible changes in the epidemic with Mainland China yet remains affected by COVID19 cases, government policies, and economic uncertainties affecting China, the team has put two different scenarios into consideration.

The team also considers a scenario with worse conditions, where Macau will face one more month of lockdown, with only 1.31 million visitor arrivals.

The inflation rate measured by the GDP deflator is expected to reduce between 1 to 1.5 percent, respectively, and consumer prices will go up by 1.3 percent in both scenarios.

“Without tourism revenue, Macao’s economy may not be able to develop normally.”

Considering the above scenario, the report notes that median monthly employment earnings will reduce anywhere between 0.6 percent to 1.6 percent, whereas an unemployment rate is projected to be between 3.8 percent to 4 percent.

Excluding non-resident workers, the unemployment rate for residents is expected to remain range-bound anywhere between 4.9 percent to 5.1 percent.

The research team also notes that, as a tourist destination, Macao mainly provides leisure services for tourists, if the travel restrictions are maintained, it will be difficult for tourists to enjoy the services provided by enterprises and citizens in Macau.

“Without tourism revenue, Macao’s economy may not be able to develop normally,” the notes in the report read.

The government has already launched several rounds of financial support schemes since the outbreak of the epidemic in 2020, but the current data display that these measures have only a short-term and limited impact.

Measures deployed by the Government cannot replace the incomes earned by the enterprises and citizens through normal market transactions, the notes in the report read.

“Due to the constraints of internal and external conditions, especially how to establish a set of prevention and control policies suitable for Macau, the society continues to see no clear prospects, effective economic recovery may be a long way off,” the notes in the report read.