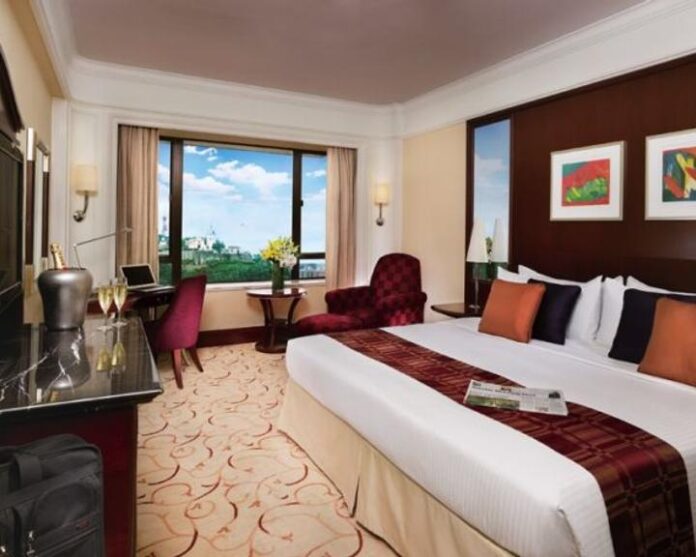 Despite the drop in the number of rooms and equal drop in average occupancy rates, the average length of stay of guests rose by 0.4 to 2.1 nights year-on-year for the month of July 2022, Statistics and Census Services reports.

The number of guests of hotel establishments in July declined by 55.6 percent on a year-on-year basis to 309,000.

Above scenario seems to have affected the average occupancy rate of guest rooms which dropped by 25.6 percentage points on a year-on-year basis to 38.1 percent in July, owing to the lingering impacts of the coronavirus pandemic.

In July, visitors joining local tours totalled 200, representing a decline of 96.2 percent on a year-on-year basis.

The number of Macao residents purchasing outbound services booking for transport, accommodation and sightseeing tours through travel agencies tumbled by 95.9 percent to 900.

Above situation had a dominos effect and the rate for 5-star hotels was 21.4 percent, a decrease of 42.2 percentage points on a year-on-year basis, the DSEC release read.

In the first seven months of 2022, the average occupancy rate of guest rooms of hotel establishments decreased by 14.6 percentage points on a year-on-year basis to 37.7 percent, the release read.

While that of Macao residents purchasing outbound services through travel agencies plunged by 82.9 percent to 20,000, in first seven months.

In all 115 hotel establishments offered accommodation services to the public in July 2022; number of available guest rooms went down by 10.9 percent year-on-year to 32,000.

Data on hotel establishments designated for medical observation and self-health monitoring were excluded in the compilation of the results, the DSEC press release read.