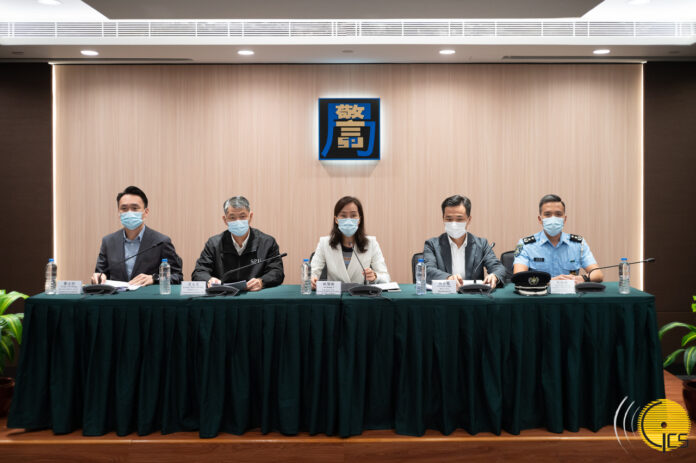 Macau began “a state of immediate prevention” from midnight on Saturday after the discovery of two new Covid cases, imposing travel restrictions ahead of the key Golden Week holiday in October.

The break had been expected to provide a boost to gross gambling revenue, although authorities are now warning that tourism volumes are likely to be affected by the latest outbreak.

Praveen Choudhary from Morgan Stanley on Sunday said that new cases in Macau and Mainland could mean booking cancellations in Macau.

The latest outbreak was caused by a Macau resident returning from Turkey via Singapore who tested positive for Covid on Thursday. On Friday and Saturday two further cases were discovered in security guards working at the Golden Crown China Hotel, which was being used as a quarantine facility.

The two local cases were the 65th and 66th in Macau since the outbreak of the pandemic.

In response, all of Macau’s 640,445 citizens will be required to undergo a nucleic acid test. The programme, which kicked off on Saturday, is the second in two months after another outbreak in early August.

The areas in which the security guards lived have been sealed off to the general public as prevention and control zones.

Ferries between Macau and Shenzhen and Zhuhai on the Chinese Mainland have been suspended, while Zhuhai authorities have announced anyone entering from Macau needs to present a negative nucleic acid test within the past 24 hours. That’s down from a seven-day requirement prior to the latest outbreak.

Casinos will remain open, however non-tertiary education and many other recreational facilities will remain closed until at least October 3rd. The government has also cancelled the staycation programs designed to encourage local residents to spend in Macau’s tourism facilities.

Secretary for Social Affairs and Culture, Ms Ao Ieong U, held a press conference on Saturday to outline the latest preventative measures. She encouraged people not to go out and not to leave Macau if avoidable.

The Golden Week holiday in China kicks off on October 1st and had been expected to provide a boost to revenue. The Macau Government Tourism Office (MGTO) and the operators have been holding a series of roadshows in China to promote the city’s non-gaming attractions, offering significant discounts to encourage travel.

The MGTO had been expecting to welcome about 35,000 daily visitors during the period, with hotels forecast to be at 80 percent occupancy.

The August Covid outbreak, the first in more than 500 days in Macau, had a significant impact on GGR and visitation during the month.

According to figures from the Gaming Inspection and Coordination Bureau, GGR was just MOP1.33 billion ($166.7 million), down from MOP24.26 billion a year earlier and down 47.4 percent from the prior month. For the year to date, GGR is down 81.6 percent.