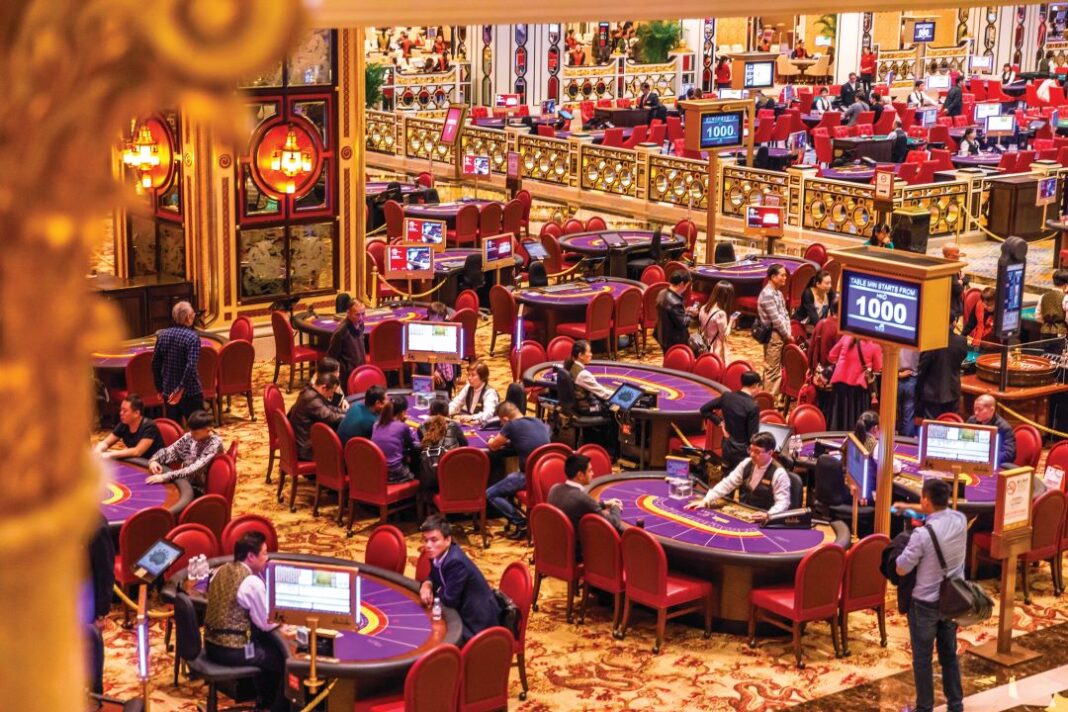 Tax revenue from Macau’s gaming operators up until October only reached some 47.5 percent of the level expected in the annual budget, despite a downward revision carried out in July.

The government has already pulled some MOP63.2 billion ($7.85 billion) from its financial reserves from January to October, to support its proposed budget.

But the outlook for the fourth quarter is not looking strong, with October revenue only topping MOP3.89 billion ($483 million), despite the Golden Week holiday, and visitation only increasing 4 percent monthly.

A new imported case last week, which lead to the closure of the Harbourview Hotel in Fisherman’s Wharf, and testing of the entire complex, as well as neighboring Sands Macau, and over 100,000 people in the community, further dimmed the outcome.

However, despite the infected tourists having also visited the Venetian, Parisian and Londoner properties, none of Sands China’s venues were shuttered. This comes in sharp contrast to the mass testing campaigns of Macau’s entire population rolled out in previous registered cases. The tourist’s travel companion, who had already been placed in quarantine, also recently tested positive.

The new cases, coupled with outbreaks throughout China, but particularly in the neighboring province of Guangdong, requiring testing two days after arrival for all entrants from China, will put pressure on the gaming and tourism sectors throughout 4Q22.

And short-term complications continue, with authorities on Tuesday noting that their counterparts in the neighboring mainland Chinese city of Zhuhai had detected a positive COVID case, a cleaner who works in Macau.

Before the infection was detected, the cleaner had worked in both the MGM Macau property, at the Lion Club on the property’s second floor, and on the construction site of Galaxy Macau’s Phase 3A.

As with the previous detected cases, all individuals who had crossed paths with the itinerary of the infected individual are required to conduct nucleic acid tests, however the overall number has been reduced to two tests.

The imported cases came exactly during the period of one of Macau’s largest events of the year, the Macau Grand Prix, which for the first time since 2019, drew international participants from outside Chinese territories. However, the MOP180 million event only brought in estimated revenue of MOP34 million, attracting just 76,000 people.

Macau’s government is now being supported by the SAR’s six gaming operators in its next attempt at drawing tourists, a month-long event entitled “Light Up Macau”, set to cost some MOP17.4 million. The event is part of a series of campaigns to draw tourists in to prop up the economy.

However, recent comments from the city’s Chief Executive have cast doubt on whether any epidemic prevention measures would ever be reduced.

In his Policy Address for 2024, the top official said reducing quarantine on arrivals not entering from China from the current five days (plus three days of self-observation), to zero would “not work” in increasing visitor numbers.

The statement completely contradicts that made by the city’s tourism body during the announcement of the reduction from seven-days quarantine to five days. It also contradicts the obligations Macau’s gaming concessionaires will be held to for attracting non-Chinese clients, from markets further abroad.