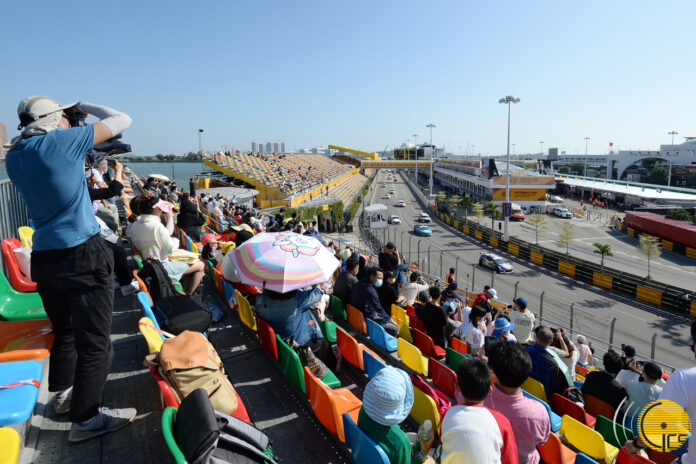 Macau’s operators say their support of the weekend’s Grand Prix highlights their commitment to helping the city diversify its tourism offering.

The 68th Macau Grand Prix was held between November 19-21 and all six of the local operators sponsored a race each. The event is one of the biggest in Macau’s annual calendar, but went ahead this year without the participation of international drivers.

The Macau Grand Prix was first run in October 1954 as a club race for local motoring enthusiasts. Today the event has evolved into what many consider to be one of the world’s finest street circuit race meetings.

The Macau government, which is seeking to diversify its tourism offering, has identified sports tourism as a potential area for future growth.

In an effort to promote the event to a younger generation, SJM said it invited 10 students from two local universities for a guided tour of the Grand Prix paddock, including a visit to the garage of the drivers Charles Leong Hong Chio and Andy Chang Wing Chung. The tour gave the students an opportunity to learn more about the event operation and to develop an interest in motorsport.

“We hope that the young people will gain a new appreciation for this spectacular motorsport event after the tour, and join forces with us in promoting Macau,” said SJM Chair Daisy Ho.

Sands China said its sponsorship of the race is part of the company’s continuous support of sports development and sports tourism in Macau.

Sands China hopes the race can be a way to support local sports enthusiasts and to foster exchange opportunities to help elevate their international competitiveness.

“Sands China is very pleased to be the title sponsor for the Sands China Macau GT Cup in this year’s Macau Grand Prix,” said Sands President Wilfred Wong. “This is part of our continuous support to sporting events in Macao and to the city’s development into a world centre of tourism and leisure.”

Melco also echoed the theme, saying its backing was in support of the government’s efforts to diversify Macau’s economy and to strengthen its position as a world-class tourism destination.

“Melco aims to reinforce diversified economic development in Macau and the Greater Bay Area by supporting the Macau Grand Prix. The event and its surrounding activities will continue to highlight Macau’s positioning as a world-class tourism destination for travelers to anticipate visiting once the borders reopen,” said Melco director Clarence Chung.

MGM China said it has been sponsoring world-renowned teams to race in the Macau Grand Prix since 2008..

“This year at the 68th edition of the race, MGM’s took a step further by becoming the title sponsor of the MGM Greater Bay Area GT Cup, with the aim to promote the development of motor sports in the GBA,” it said.

Galaxy said it is also committed to supporting the government’s efforts to develop local sports, and has proactively assisted in the promotion of the cross-sectoral integration of “tourism + sports” by sponsoring different major sports events.