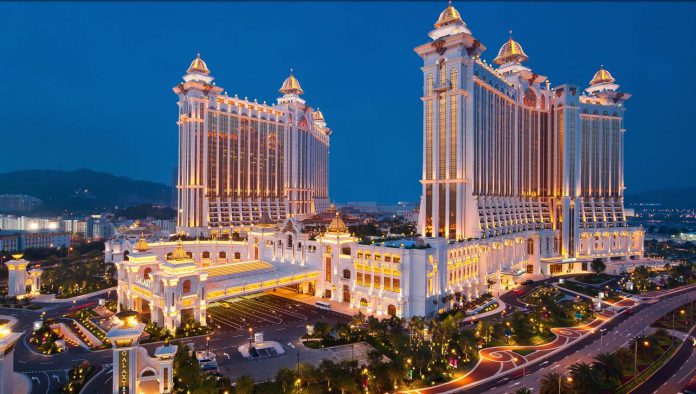 Revenue during the second quarter topped $5.6 billion, up 9 percent compared to the first quarter, but a strong increase from the $1.2 billion registered in the same quarter of 2020. Group EBITDA in 2Q21 totalled $1.1 billion, up 32 percent quarter-to-quarter and turning around from a $1.4 billion loss in 2Q20.

The group’s Chairman, Lui Che Woo, notes that Macau’s market has experienced its “fourth consecutive quarter of gross gaming revenue growth despite sporadic outbreaks of Covid-19 in Mainland (China) and, most recently, in Macau”.

The group’s results were driven by its flagship property, Galaxy Macau, which saw 1H21 revenue rise by 88 percent yearly, topping $7.2 billion, and 2Q21 revenue of $3.8 billion, up 11 percent quarter-to-quarter.

During the second quarter hotel occupancy across the five properties in Galaxy Macau was just 53 percent, in line with Macau’s average, while its StarWorld property saw 77 percent occupancy during the period.

The group’s Broadway Macau property suspended its hotel operation during the second quarter.

Galaxy Deputy Chairman Francis Lui said the company is only now likely to open the third phase of Galaxy Macau, including the new Raffles hotel early next year. He said it’s “hard to determine the exact date of opening” given that the pandemic “determines whether we can have the working materials and workers come to Macau” to complete the project.

After the opening of the 450 all-suite Raffles, the group is planning to open its Galaxy International Convention Centre. Lui said it’s still “too early” to forecast the return on its investment in the project, but that the group “remains confident in the medium and long term”.

The company was questioned today on possible progress regarding the gaming license re-tendering process, with current concessions coming due in June of 2022.

Francis Lui referenced the recent Legislative Assembly committee report on the gaming concessions, noting that “we feel that the various government officials have their heart in this but at the moment the focus has to be on the response to Covid” and that the group would “for now, focus on doing our part of the work.”

The group notes that it expects the public consultation on the changes to the gaming law and concession “reissuance process” should take place within the second half of the year, a period in which “there will certainly be some government actions.”

Regarding the group’s Japan integrated resort aspirations, the group’s chairman noted that “we have definitely not decided to exit that market and are paying close attention to the market development, while staying in close contact with our business partners.”

The group was also questioned today on possible impacts from China’s anti-gambling edicts and its focus on medium and high end players, to which the company Chairman noted that Galaxy “is trying its best to build facilities that can entertain a lot more non-gaming activities.”

Galaxy is also looking to expand in Hengqin, the island neighbouring Macau, but notes that it is currently “awaiting updates from the government” and that investment will require “good timing and a strong liaison with other cities in the Greater Bay Area”.