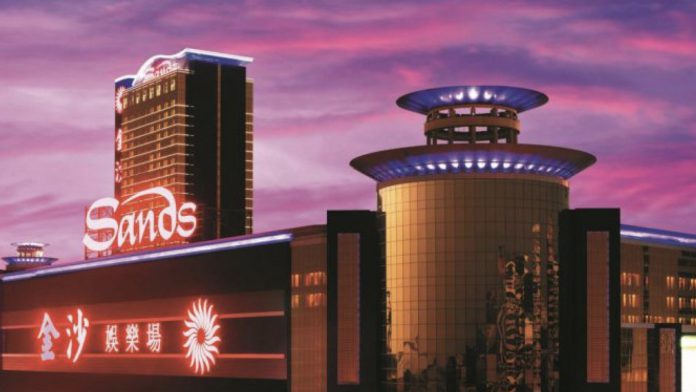 Sands China said it plans a senior note issue, which will be used to redeem $1.8 billion in notes that are due in 2023.

The company said it will also use cash on hand to repay the 4.6 percent notes, together with any accrued interest.

It said the size and timing of the issue is yet to be determined.

The company flagged the debt issue in a release to the Hong Kong Stock Exchange on Wednesday in which it provided some operating figures for July and August.

According to a note from Deutsche Bank, the net revenue through August comes to $41.3 million, or $6.8 million a day, compared with the consensus forecast of $11.6 million a day.