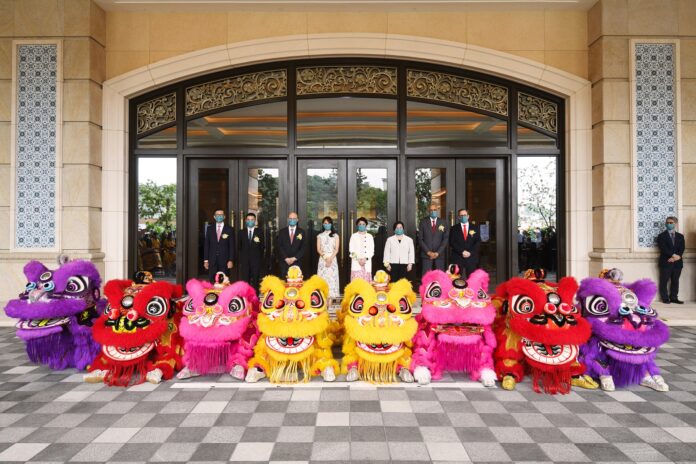 SJM Holding’s long-awaited Grand Lisboa Palace made a low-key debut in late July, filling out the offering on the Cotai Strip as the last major IR planned for Macau.

The HK$39 billion ($5 billion) property was scheduled to open in 2017 after beginning construction in 2014. However, it faced numerous delays, including fires and government-mandated halts on construction due to work accidents.

As it was, the property opened on July 30th, with just a few days prior notice from executives and little fanfare.

On a visit to the property on opening day, AGB noted that there was good interest from the public despite the short notice, with visitors picking up throughout the day.

Checks of the casino revealed that about half of the 150 mass gaming tables on the casino floor were staffed, with a steady increase of punters in the hours following the opening.

However, given the low profile of the property’s debut, the scene was a far cry from the throngs of visitors witnessed at the opening of the seven other integrated resorts on the Cotai Strip.

The property made its debut with 150 new-to-market gaming tables, all exclusively placed on the mass gaming floor. Speaking at the opening, SJM Chair Daisy Ho said that SJM “will be relocating 118 of our own tables from other properties” on the peninsula to its new casino. These will be drawn both from the mass and VIP sections.

“It will be a ramp up, and so we will be applying to the government very soon,” she said, noting the group hopes to have the tables on site “shortly, within a month or so.”

“As to the allocation of mass and VIP, we are working on it,” she stated.

At least two floors within the Karl Lagerfeld hotel tower have been dedicated to VIP Gaming, while one floor within the Grand Lisboa Palace Hotel tower is also reserved for VIP Gaming.

The Palazzo Versace tower was not yet accessible to the public. Both the Karl Lagerfeld and Palazzo Versace hotels are planned to be open – with 270 rooms and suites each, and the “entire Grand Lisboa Palace” is scheduled “to be open by the end of this year,” notes Ho, saying SJM is “looking at a very healthy ramping up”.

SJM held the casino monopoly in Macau for decades, but has been gradually losing market share as newer properties opened and the gaming focus shifted to the Cotai Strip.

It has lagged all the other operators in establishing itself there and the opening of the Grand Lisboa Palace is seen as key in helping SJM to regain ground.

New property openings in Macau have historically been key revenue drivers for the market, although given the ongoing pandemic and rapidly evolving situation pertaining to travel restrictions with the Mainland, the opening impact may be subdued.