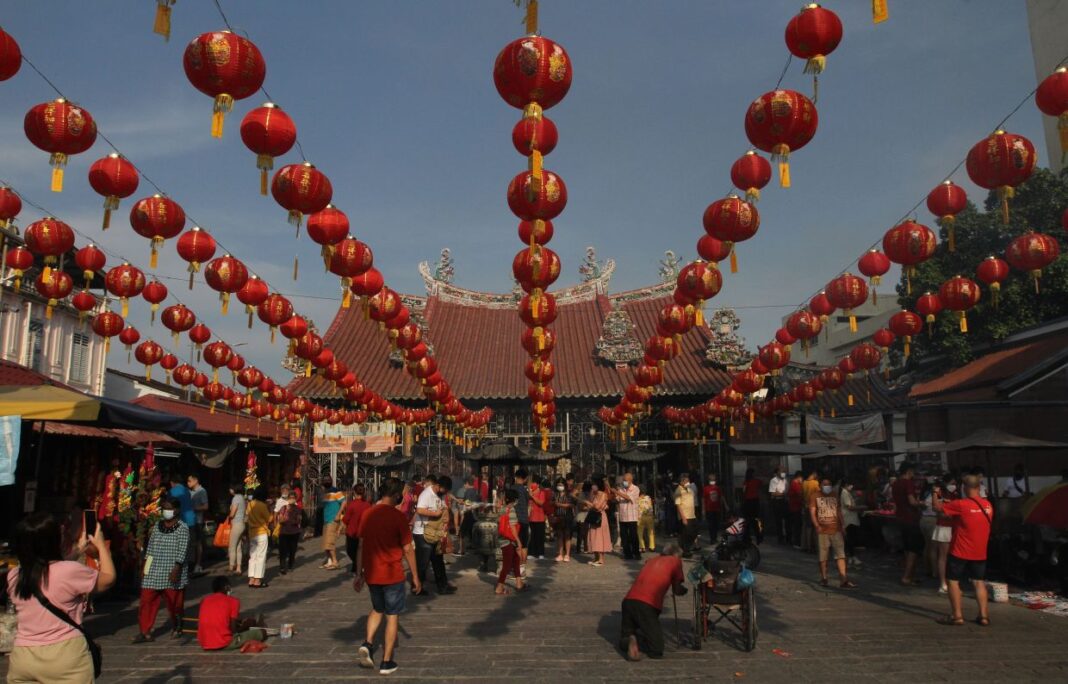 Beijing says that nations are “taking discriminatory entry restriction measures targeting China” and that the nation would “take reciprocal measures” as the nation continues to be swept by a wave of infections after it reclassified COVID-19 as a less infectious disease and opened up to foreign countries.

Chinese travelers are now facing another wave, this time of restrictions on entries to other countries, despite Chinese state media reporting that the nation had already passed the peak of its outbreak.

South Korea and Japan were the latest to face China’s ire, with Beijing’s embassies in the countries on Tuesday suspending visa issuance for South Korean and Japanese tourists wishing to visit the nation.

The suspension of South Korean visa issuance was the first retaliatory move against countries imposing COVID requirements on Chinese visitors.

China’s Ministry of Foreign Affairs on Tuesday said that nations should “make sure that their COVID response measures are fact-based, science-based and proportionate”, further noting they “should not be discriminatory and should not affect normal cross-border travel”.

The tit-for-tat does not bode well for South Korean casino visitation by Chinese punters during the upcoming Chinese New Year holidays, and could place other less-stringent jurisdictions, such as Macau and the Philippines, in better stead to receive the pent-up demand.

Despite having opened up, China continues to defend the zero-COVID policy it had taken for nearly three years, with a Foreign Ministry spokesperson stating that “It was exactly because of the dynamic zero-COVID policy that China became the first major economy in the world to register positive economic growth in 2020”.

The spokesperson further noted that “China’s COVID situation is improving and some provinces and cities have gone through the infection peak”.

While some nations are choosing to implement stricter testing policies for Chinese arrivals – such as negative COVID tests – Singapore’s health minister has said that the city-state is not planning to impose pre-departure tests on travelers from China, saying cases could derive from anywhere.

In statements to the media, minister Ong Ye Kung noted that “By triggering PDT (pre-departure test requirements) on travelers from one part of the world experiencing high infection numbers, are we contributing to an international precedent of imposing tests on travellers from countries going through an infection wave? How will other countries treat travellers from Singapore when we encounter another infection wave?”

Singapore is already ramping up flights to mainland China ahead of Chinese New Year, which are currently at around 10 percent of pre-pandemic levels.

Philippine president Ferdinand Marcos Jr. has said that the nation would adopt a “watch and wait” policy but would not reinstate travel curbs on the nation.

Vietnam, meanwhile, has lifted its COVID-related border restrictions with China and resumed flights, which it also plans to ramp up ahead of the CNY holiday.

Malaysia is planning to open special lanes for travelers from China at immigration, with suspected infected individuals (identified by thermal scanners) to undergo throat swabs and a rapid antigen test. The results of these could still require quarantine at home or in their hotels.

Macau seems best positioned to receive the CNY wave of visitors, having eliminated all testing requirements for entrants from mainland China, Hong Kong and Taiwan on January 8th.