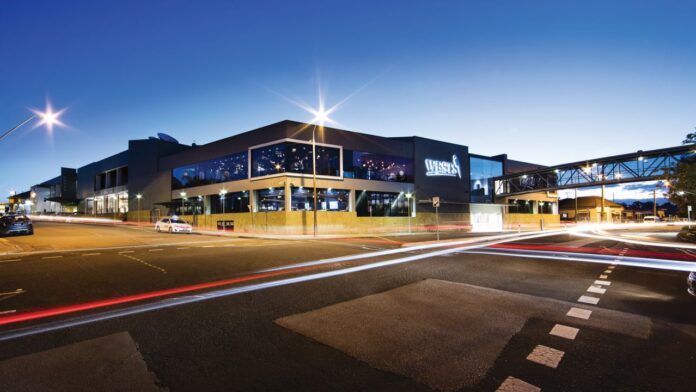 On the surface, it’s a technology that could bring Australia’s gaming sector in line with virtually all other sectors, allowing customers to use their digital wallets to supplement cash and cashless technologies. Until now, players have been required to bring physical cash into gaming venues, or onto player cards or tickets which are then loaded onto the machine.

On a deeper level, this cashless technology is set to bring responsible gaming and anti-money laundering (AML) capabilities out of the dark ages.

Nevada, which rivals NSW as the world’s biggest state-wide EGM market, finally made this step last year during the pandemic by approving the use of cashless wagering technology in casinos. The Covid-19 pandemic generated real concerns about physical bills being a vector for the virus.

On the other hand, Australia’s gaming industry push for cashless appears to come from a responsible gaming and AML front, issues that have become the centerpiece of discussion amid ongoing inquiries into Crown Resorts’ practices across the country.

Craig Butler, director of commercial strategy at Aristocrat Australia has been chosen to lead the digital wallet trial, which will take place at Wests Group New Lambton venue, in Newcastle NSW. Trial preparations will commence in August and the trial itself will occur in the final quarter of 2021.

“This is an exciting development for the industry. As you know, consumers are rapidly moving toward cashless and mobile payments. This is a global frictionless trend that has only been accelerated by the Covid-19 pandemic with patrons seeking cleaner, contactless payment solutions,” according to Butler in an interview with Asia Gaming Brief.

“We know that governments and regulators are increasingly expecting cashless gaming to support industry integrity and stamp out any illegal activity, as well as offer new responsible gameplay functionality to patrons. Aristocrat believes that facilitating cashless payments is a key pillar that will underpin the ongoing sustainability of our industry.”

“One of the key questions that will be answered by the trial is around digital wallets’ impact on a patron’s gambling behavior.“

Specifically, whether there is any exacerbation of gambling harm among other considerations.

“While a trial research scope is yet to be determined, we believe this will be a factor considered by the regulator in making its decision on whether the digital payment solution is suitable for approval in NSW,” Butler explains.

The cornerstone of the digital wallet technology used in the trial is Aristocrat’s PRIME Mobile system, which allows players to set up gaming limits and determine the venue response for when limits are reached.

Thresholds can also be established for session length, frequency of play, the amount spent or won, total bets, bet size, and staff intervention can be enabled.

Messages and push notifications are sent to the patron via the venue’s gaming management system. Credit cannot be used, there are limits on funds transfers to the player’s digital wallet, and topping-up on the gaming floor is not permitted. Players can also self-exclude using the app. Additionally, PRIME Mobile structure provides a quarantine wallet to allow players to prevent funds from being used for EGM play for a period of 24 hours.

It is a technology that gaming futurist Earle Hall, CEO of AxesNetwork says is imperative for responsible gaming.

“Responsible gaming is a fallacy without Know Your Client (KYC) empowerment. Anonymous responsible gaming policies only lock the barn door once the horse has been stolen,” said Hall in an interview with AGB. “With KYC, responsible gaming is real, quantifiable, and traceable. Think cashless smart cards. There are a number of modern jurisdictions that already require players to be verified against some form of national identification. Once the player or patron has been identified, they are issued a player’s card and then can play. Then the fun starts.”

Thus a clear question remains. Why has it taken so long for Australia and other jurisdictions like it to take on digital wallets in gaming venues?