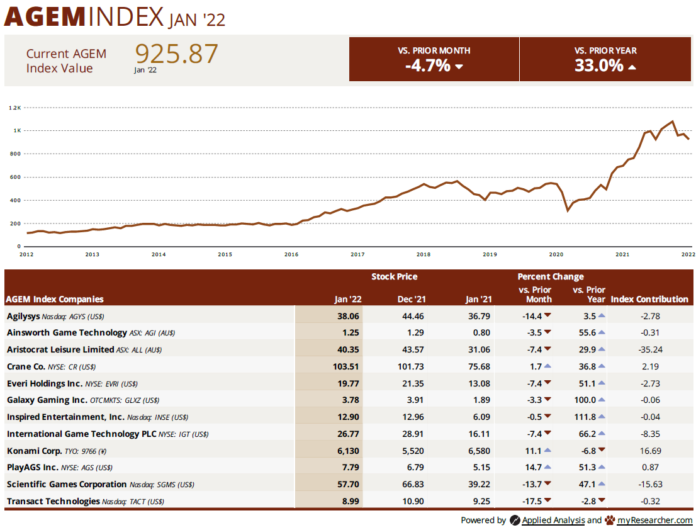 Aristocrat Leisure’s 7.4 percent share price decline was the biggest contributor to the 4.7 percent decrease in the AGEM Index in January.

The index, compiled by the U.S. Association of Gaming Equipment Manufacturers, dropped 45.71 points from the prior month to 925.87.

Aristocrat, which earlier this week confirmed its bid for U.K.-listed Playtech had lapsed, was responsible for wiping 35.24 points off the index.

In January, nine of the companies in the index reported share price declines, in line with drops in broader market indices.

Of the three posting gains, Konami Corp. was the biggest positive contributor, whose 11.1 percent increase in share price added 16.69 points to the index.