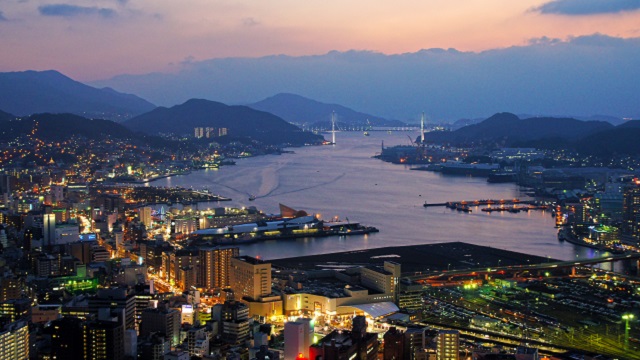 The Nagasaki Prefectural Government continues to impress as being the only local government in Japan’s IR race that gives an impression that they have a clear and well managed vision for the process.

Although a small market location in a remote part of Japan, Nagasaki enticed five different consortiums into its RFP process. This number might be matched by Yokohama, with its access to the giant market of the capital region, but it stands far ahead of Wakayama’s two applicants and Osaka’s one.

Recently, in a methodical fashion, Nagasaki narrowed the field from five candidate consortiums to three. This two round system will likely squeeze out a lot of additional information that the local government can use to make its final decision on an IR operator partner.

This week, Nagasaki went further and plugged a hole within Japan’s entire IR policy framework. This local government made it clear that operators and major investors who entered their local IR race would not be free to do the same in other potential IR locations in the country.

A statement issued by Nagasaki proclaimed, “After submission of 2nd round evaluation documents in June 2021 (tentative date), any investing company that will hold a 5 percent or more share of the applicant group’s Special Purpose Company cannot be an investing company for another concurrent bid in a different IR development and operation public tender in Japan.”

This was an issue that Japan’s national legislation and policy guidance had always been silent about, to some analysts’ chagrin. Could a major investor, or even an operator, make multiple bids across the nation? No one was quite sure. There did seem to be a few companies that looked like they might try to hedge their bets in this manner.

As previously discussed, the system designed by the national government was essentially a free-for-all, a mad rush that pitted all local governments into a simultaneous contest. There are currently four local governments that appear poised to compete for the three available IR licenses, but it could just have easily been forty, as far as the national regulations are concerned.

It’s really the national government that should be adopting the kind of multiple step process for licensing that Nagasaki has wisely embraced for its selection of an appropriate IR partner.

At any rate, this is not the only respect in which Nagasaki has done correctly what other local governments in Japan have done poorly.

Compare the years-long steady consensus-building that Nagasaki engaged in with its local community to Yokohama Mayor Fumiko Hayashi’s lies about her IR advocacy at election time in 2017 and her rejection of the widely-supported referendum initiative. The former showed deep respect for local residents, while the latter has reflected a disregard for public preferences. They each may reap what they have sown.

Nagasaki also remains alone in reaching out to the entire surrounding region. The Nagasaki IR has become a Kyushu-wide project, while neither Yokohama, Osaka, nor Wakayama have made any serious efforts to work in partnership with neighboring prefectures.

In short, Nagasaki’s local government continues to perform at a much higher level in its IR development policy than any other Japanese administration, national or local.