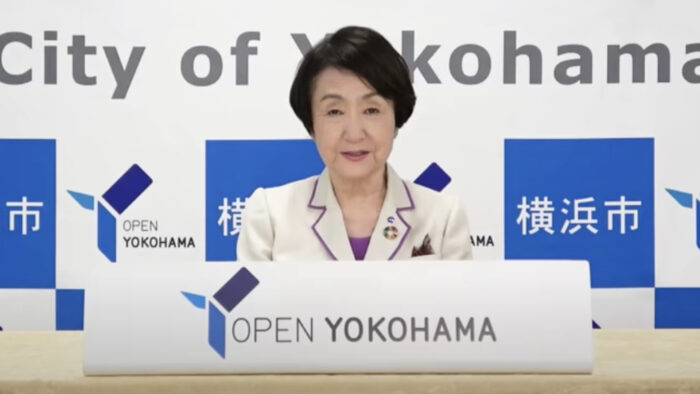 When Yokohama Mayor Fumiko Hayashi announced at a press conference three months ago that she would respect the outcome of any popular referendum on IR development, we took her at her word.

Asked last October about the matter, as citizen activists were gearing up their twin signature-gathering campaigns (one calling for an IR referendum and one calling for the mayor to be recalled), the mayor stated that, “if a referendum is held and there is much opposition to an IR, I would like to respect the results.”

This led the following month to our analysis that the Yokohama IR initiative appeared headed for defeat, noting, “the logic for this outcome is nearly inescapable―unless one of the key factors changes.”

We further observed in the course of that mid-November analysis that potentially she had pledged to respect a referendum to take the wind out of the sails of the more threatening recall campaigners.

Whatever the reasoning, it now appears clear that she will renege on her promises.

It is worth noting that the organizers of the failed mayoral recall campaign were also proven correct in their analysis: “It’s very sad to relate, but the mayor and the city council, despite the voices of the citizens speaking out in opposition to casinos, intend to forcibly make a casino bid. Looking at the mayor’s attitude so far, if we want to stop this casino bid, there is simply no other option than to recall the mayor.”

In spite of the fact that the referendum campaigners had gathered more than three times the required number of signatures in the midst of a pandemic, the ruling party controlled city council last week refused to conduct the referendum.

Mayor Hayashi in her message to the city council advised them to reject the holding of the referendum. She argued that it was unnecessary because the big business community, such as the Yokohama Chamber of Commerce, supports the IR, and so “public opinion” has already spoken. She continued, “it is hard to find meaning in conducting a referendum.”

In her view, if the support of the political and business elite outweighs the majority will of the people and the 190,000 signatures that were collected.

The upshot is that there will be no mayoral recall and there will be no referendum on IR development held in Yokohama. But because Hayashi cannot escape the fact that mayoral elections are also coming in the late summer, she will finally have to face her people at that time.

She has probably made the calculation that her best chance of pushing the IR policy through is at the election when popular attention might be diverted to numerous other issues, and the opposition parties might fail to unite behind a single anti-casino challenger. Other minor candidates might also jump in to play the role of spoilers.

Nevertheless, Hayashi’s behavior over IR development could also anger the public just enough to lead to an overwhelming repudiation at the ballot box.

Russia - March 18, 2021
On March 16, the popular payment system Webmoney stopped conducting the transactions of Russian wallet owners when replenishing or withdrawing funds from poker room accounts. All gambling operators operating outside Russia are subject to the restriction.