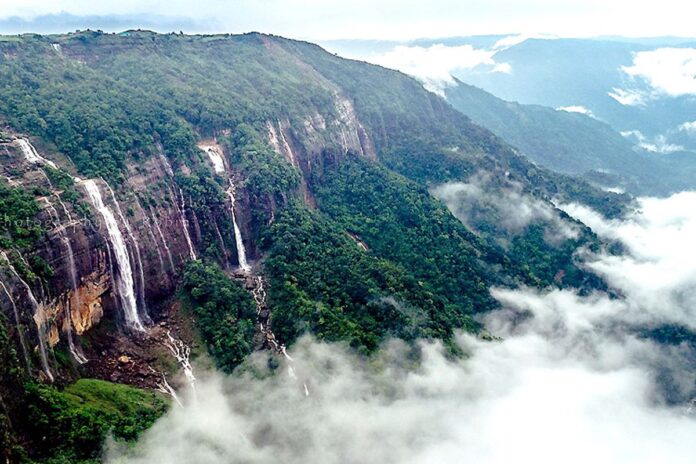 Meghalaya and Sikkim are the two most gambling-friendly states in the rapidly expanding India market, although overall the country would benefit from central legislation and an improved tax structure, according to a report by the U.K. India Business Council (UKIBC).

The non-profit business advisory group based its conclusions on more than 2,100 questionnaires that were distributed to operators and users across 15 Indian states. The surveys covered seven areas of the gambling industry and investigated elements such as player profiles, habits, operator revenue, and commission.

It then compiled an index of which states were most open to gaming, out of a scale of 100. Meghalaya, which is in the northeast of the country, came out on top with a score of 92.85. The state has only recently legalized gambling and is aiming at becoming a major hub after its tourism and agriculture-based economy took a major hit due to Covid.

All elements of gambling, both online and land-based are now legal in the state, although locals will not be permitted to play. The local government has already said it has three provisional license applications pending, which are understood to be in the online space.

Sikkim, which is also in the northeast came in second with a score of 85.71, while Andhra Pradesh, which only allows physical horse racing, came in last with 7.14.

“Meghalaya came out on top in terms of our polls, but there are many other states where we hope they will be following suit moving forward,” said Chris Heyes, UKIBC director and one of the authors of the report.

The UKIBC study highlighted the significant potential benefits to the governments and local economies from gambling legalization. In Sikkim for example, it found that gross gambling revenue in the year to March 2019 for sports betting operators was about INR230 million (GBP2.3 million).

To put this in context, Sikkim is the third-smallest state in India by GDP, generating INR 222 billion (GBP 2.2 billion) in FY 2018-19, making Sports Betting a considerable contribution to the economy, it says. If Maharashtra, for instance, were to legalize Sports Betting, this could generate INR 124 billion (GBP 1.2 billion) in extra license fees and GST revenues based on Sikkim’s experience.

“We would much prefer to see all of those big gaming aspects legitimized and for the states to be able to raise money from licensing and GST and to be able to utilize that back into grassroots sports, or health and education, or tackling some of the obesity issues that are there,” Heyes said.

According to a report by KPMG, there were 433 million online gaming users in India in 2021 and that’s likely to increase to 657 million by 2025, with revenues of about INR290 billion, which would represent 100 percent growth in four years. This expansion is being driven by increasing smartphone penetration and gains in consumer spending power.

However, the IBIC report found that a lack of centralized legislation and a high rate of goods & services tax (GST) is an impediment to growth and is favoring the growth in the illegal market.

In Goa and Sikkim for example, tax is levied at 28 percent of the face value of a bet and is one of the highest in the world. The report found that a gaming operator’s average revenue was about INR18 million prior to the introduction of the new rates of GST in 2017. That has now fallen to INR 7.2 million

“If you do have the ability for businesses to operate with a regulated environment, if the tax rate is 28 percent of the face value companies will not be able to offer anywhere near the same odds and you will get the grey economy anyway,” Heyes said.

The UKIBIC acknowledges that this is now being studied by the government, which set up a group of senior state ministers to study the issue last year. Their decision is expected in 2022.

The UKIBC recommends falling in line with international practice and taxing based on gross gambling revenue, which would help to put the regulated industry on a more level playing field and help it to expand.

“Although it’s a smaller amount, it’s a much larger pot so it actually generates much more in terms of taxation. There are also all the peripheries that come with that such as employment and technologies,” Heyes said

In terms of regulation, the state-by-state approach leads to substantial costs for operators to comply with the various levels of legislation and restricts growth.

The report suggests a centralized draft model that would serve as a foundation for each individual state.

“One of the main areas that we’re suggesting is that the federal government needs to step in and create an overarching framework, rather than just saying it’s a state-based issue,” Heyes said, although he conceded that the national government still seems more inclined to leave the matter to the individual states.

It should also include a clear framework to encourage responsible gambling based on international best practices.