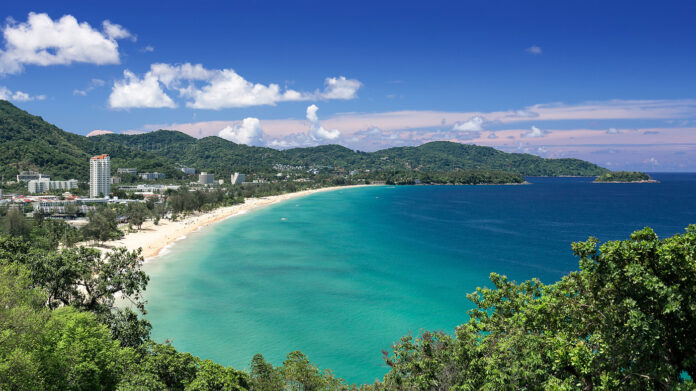 When Las Vegas Sands CEO Rob Goldstein said that the company may have an interesting opportunity in a top-tier Asian country, it didn’t take long for industry observers to begin pointing to Thailand.

Bernstein Research was quick to put out a note saying it believed that the Kingdom was the most likely candidate given the government has recently been studying potential regulation.

The country has long-been viewed as one of the most promising destinations for an integrated resort due to its well established tourist industry and infrastructure. It also has a large domestic market of nearly 70 million people, many of whom have shown a propensity to gamble.

According to the World Bank, Thailand became an upper middle income country in 2011.

“Thailand is the elephant in the room,” said Ben Lee, managing partner of IGamiX Management & Consulting. “You can forget all the others.”

Lee takes us through some of the numbers as to why the potential opening of Thailand has foreign casino operators salivating.

Firstly, there is the potential for the country’s domestic market. At present, Thais need to go overseas to gamble and there are about 20 to 30 casinos dotted around its three northern land borders, which cater specifically for the Thai market.

Lee estimates that prior to Covid the casinos were generating gross gambling revenue of between $3-5 billion, which he said is quite extraordinary when you consider the difficulties in reaching the properties, requiring a drive of at least three hours from the capital Bangkok to the Cambodian border.

He also points out that the Thais frequenting these casinos will be the lower end players, as the premium and VIP clients are more likely to fly to Singapore or Macau’s luxury resorts.

If world-class properties are available and easily accessible at home, the domestic market alone could be worth between $10 and $15 billion, bigger than the Philippines and Singapore put together, he estimates.

Then there is the tourism trade. Thailand attracted 40 million visitors in 2019, with about a quarter of those from Mainland China.

“If you take out China, it’s a real mix of tourists from East Asian countries such as South Korean and Taiwan, through to the ASEAN countries with good mass and VIP visitors, as well as Europe and the U.S.”

“Foreigners are always very forgiving when it comes to Thai tourism,” he said. “Tourism always bounces back.”

Assuming a 50/50 tourism split and leaving out the China tourist, Lee estimates that Thailand could easily be a $30 billion market.

Another key attraction for potential investors is the low cost base, with labor, utilities and raw materials, much less expensive than what will be required to build a similar IR in Japan.

However, Lee warns against getting over excited. Past attempts to push through legislation to legalize casinos have failed, coming up against highly conservative sectors of society, such as the religious community, as well as opposition from the former King.

The reason there has been more optimism this time around is that efforts to study the possibility of casinos have been spearheaded by the current military government, which in the past has been one of the key opponents. As gaming executive Daniel Cheng told us in a Face-to-Face interview on Thailand in February, the new king is also known not to be opposed to gambling.

The government was returned to power in elections in 2019, the first since it took over in a military coup in 2014.

But Lee said politics could once again prove to be a fly in the ointment. According to local sources, the government is likely to hold another round of general elections later this year or early next and there is no guarantee that the current administration will get in.

“With elections pending, there is a huge question mark and they may not want to push something through.”

One way of appeasing the Buddhist community might be to follow the foreigner-only model adopted around much of Asia. This has proved unacceptable to Las Vegas Sands in countries such as South Korea and Vietnam.

Though Lee said Thailand would still be a good proposition, with a potential market of at least $15 billion and tourism numbers forecast to grow sharply once the Covid crisis is in the rear-view mirror.

Another potential sticking point may be location. Las Vegas Sands is thought to be keen on developing a large-scale resort in Bangkok. Not only would the government be more comfortable confining casinos to tourism areas, such as Phuket and Pattaya, the capital itself does not have much in the way of available land unless they were to build out near the airport, Lee said.

Goldstein’s comments seem to have confirmed that Thailand may finally follow its regional neighbors in allowing casinos, but Lee said there’s still a long way to go before that dream becomes a reality.