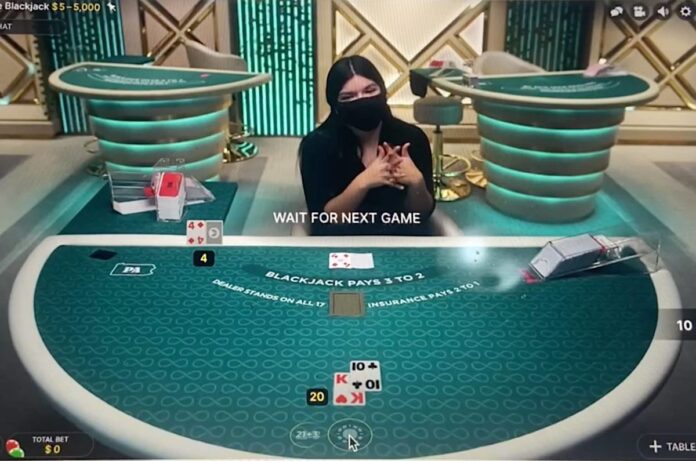 Although short on details, Las Vegas Sands’ long-awaited entry into digital gaming looks set to chart a different course from its rivals, who have all been faster into the online gaming space.

Since the U.S. Supreme Court overturned a ban on sports betting in 2018, states have moved quickly to regulate online sports betting and gambling and land-based casino operators have seized the opportunity.

The Covid-mandated casino closures added further impetus to gain a toehold in a market, which analysts project will grow at a 10-year compound average growth rate of about 32 percent to reach $45 billion by 2030.

Las Vegas Sands was slow to the party due to the well documented opposition from its founder and CEO Sheldon Adelson, who died in January this year. But it confirmed in March that one of the expansion options from the $6.2 billion sale of its Las Vegas properties would be to explore online gambling.

Unlike most others however, it says it’s focusing on the business-to-business space and has formed a team to invest in gaming technologies. It says it’s looking for strategic investments that will provide a long-term benefit for shareholders.

This may be a smart move. The company now only has land-based properties in Asia, where online gambling is strictly illegal, so doesn’t have the same opportunities for synergies between its land-based and digital clients.

Also, valuations of online companies have risen along with the sky-high expectations for market growth. U.S.-based Roundhill Investments launched an exchange-traded-fund in June last year which was designed to provide investors with exposure to the online gaming space. The fund, which holds shares in companies such as Entain, DraftKings and Pointsbet, has seen its market price rise more than 97 percent since inception.

MGM Resorts, which was an early mover into the field through its BetMGM venture with the U.K.’s Entain, has said it is looking for a major acquisition in the online space, but has expressed some concern about valuations.

CEO Bill Hornbuckle earlier this year stressed the company is determined to become a major online player, but will remain “disciplined” in its search for expansion. It walked away from an $11 billion bid for Entain in January this year, after the U.K. company rebuffed the offer as being too low.

In an interview with Bloomberg, Hornbuckle said that marrying bricks and mortar with igaming can provide a multiplier effect of as much as 10 times, explaining the company’s rationale for a multi-billion dollar acquisition.

Caesars Entertainment was another early mover, which also chose the acquisition route. The company shelled out $4 billion for the U.K.’s William Hill to help it expand and take advantage of sports betting opportunities in the U.S.

As of April, the combined entity had sports betting operations in 18 U.S. jurisdictions and is aiming for 20 by the end of the year.

Wynn Resorts has taken yet another route. A relative latecomer, Wynn announced in October last year that it was merging its U.S. online sports betting and gaming business with the U.K.’s BetBull. Wynn owned 71 percent of the venture, which has been rapidly expanding across the U.S.

In May, the group went a step further effectively spinning off Wynn Interactive as a separately listed company through a combination with Austerlitz Acquisition, a blank cheque company led by Bill Foley.

The combined company is expected to have an enterprise value of approximately $3.2 billion at closing, representing 4.5x Wynn Interactive’s projected 2023 revenue.

“We are confident that this transaction will unlock the tremendous potential of Wynn Interactive to further accelerate growth and enable the business to capture the massive opportunity in North America,” Wynn CEO Matt Maddox said at the time.

Mohegan Gaming & Entertainment is going it alone. The company launched Mohegan Digital at the end of June, with a priority being on creating an igaming experience for its flagship Mohegan Sun Connecticut.

“We’ve consistently seen strong growth in digital gaming across our properties, especially in this past year, and as legal sports betting continues to expand in the U.S., the timing was right for us to launch Mohegan Digital,” said Ray Pineault, President and CEO of Mohegan Gaming & Entertainment.

Despite the opportunity, analysts have sounded a word of warning about the rush into online. In a note this week, Bernstein said going it alone is risky given the highly competitive marketplace, while valuations for acquisitions are high.